I want to go see a concert (Japandroids / Avi Buffalo) - according to their tour schedule they are playing on April 24th at Willamette University in Salem Oregon.

Despite Googling and poking around the Willamette University web site, I have not been able to pull up the exact venue/location where this is taking place. I want to know how much it costs, whether it's open to the public, and if I can buy a ticket in advance.

Anybody know what venue at WU usually hosts stuff like this? Thanks buds.


i went to the first screening of the room at cinema 21. im glad it's a regular thing there now.

If you're still looking for a V-Day Event, we're performing tomorrow night at the Wonder Ballroom with Pepe and the Bottle Blondes and the Shanghai Woolies! The event features Moonstruck Chocolates and a kissing booth with a full menu.

There are some special discount tickets sold, but on a hush-hush first come first serve basis before the show tomorrow, so leave a comment if you're interested and we can give you the inside scoop!

This is going to sound like a weird request but I need to find a location, preferably without driving around Mt Hood, where Sprint PCS has no wireless service. Does anybody know where I can really, REALLY kill Sprint PCS signal and yet still have access to other 3G providers?
I don't drink. I don't care about other people's drinking, just my own. I go to bars, like bar culture, et al. 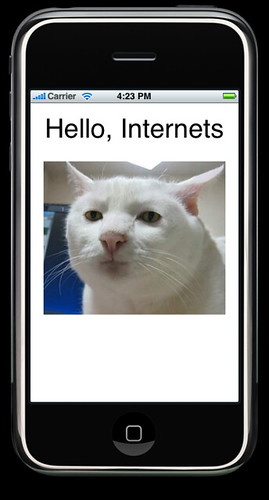 Just a reminder, some of us will be meeting up at the Lucky Lab on Hawthorne every Monday night at 7pm to discuss the Stanford iPhone Programming course and other topics too, I'm sure.

So far there's just a couple of us, but anyone is welcome to come hang out, drink beers and talk about making dumb apps like the above. :D
So, I would really love to file my taxes a few weeks ago, but I'm still waiting on a 1099 form for $800 that I made from a very flaky person about a year ago. I emailed him and his secretary said she was checking it out, but it's halfway through february for chrissakes. Am I just stuck until I get it, or is there some other way to report income if the source is an idiot and doesn't send you documentation?

There seems to be a lot of people who want to brag about how they are part of the No Life Club.
But then we also hear about them taking trips, eating cupcakes, and going on zombie themed bike rides.
So in tonight's VERY SPECIAL EPISODE of the No Life Club, we are going to (if we choose) submit PICTORIAL PROOF of what losers we are.

Examples could include:
Pictures of you holding your complete collection of Piers Anthony novels.
A picture of your computer area, resplendent with crumbled up potato chip bags.
A lego model of the world's largest grain silo you made.
Your biggest ball of rubber bands and/or twine.

Of course, you can also (as always) just talk about random stuff here. But wouldn't you rather prove what a loser you are?
who wants two free tickets to see a swedish thriller/crime film tonight? it's called (don't mind the stupid name) 'the girl with the dragon tattoo' and it's playing at the portland art museum at 9pm, but you should get there by 8:50 at the absolute latest to ensure that you get a seat. i'm way too sick to go. you'd just have to pick the tickets up from me (inner se). i'd hate to see them go to waste. comment if you're interested.

Anyone got some old wigs they don't need anymore that I can take off your hands? I'm creating an outfit that is in need of lots of wigs. Doesn't really matter their condition. I'll take anything and everything.

anyone need a couch?

Ok DP... so I am watching the Opening Ceremony right now and I have decided that I really want a headdress. Anywhere in town that I might be able to find one? The cheesier the better. Have car, will travel almost anywhere.
Hello,

I'm getting discouraged about chasing after people with free stuff on CL/freecycle and am looking for a thrift shop with a broad selection of cheap used furniture. I'm looking for things like kitchen chairs, a coffee table, and if I'm feeling really crazy, a small sofa. Quality unimportant (I'm a grad student).

Can anyone recommend such a place? Thanks!

ETA: Thanks for the recommendations. Of the places mentioned, I can heartily recommend Finders Keepers; I also recommend one place that wasn't, City Liquidators on SE 3rd and Belmont. The latter has more or less all imaginable furniture needs; office-esque furniture is dirt cheap and everything else is pretty cheap.
Collapse