So through going all over wikipedia I stumbled across this:

Does anyone have an idea of where I could buy some? I've tried searching online, but it's damn hard to find anything that isn't just peanut butter and fruit.

Can anyone suggest a place in Portland to purchase bicycle saddle covers? (A store or local crafter).
I'd like something unique & interesting to cover my ugly seat.
Example;

OR, if anyone knows a great pattern, I have mad sewing skills.
Thanks!

Kind of a dodgy question maybe, but theoretically, if someone wanted to bring in a metal flask to a Winterhawks game at the Rose Garden, would that someone have to worry about metal detectors? Anyone know?

My immediate team is looking for a .NET developer with a particular interest in loading and managing large data sets.

The formal job posting is here. You would be working pretty closely with me, so definitely let me know if you are interested.

Ok-- so last night I was driving two drunk ass friends home and one of them puked out the window. Most of it made it out the window but some of it got in my car. IT SMELLS REALLY BAD. I have been wanting to get the inside of my car detailed anyway but have NO idea where to go. Any suggestions would be greatly appreciated. Double appreciation if you have a rough estimate of what the cost would be.

hey y'all,
I was wondering if any of you could reccommend a good unitarian church around here? I'd prefer trimet accessible. I'd be willing to go downtown, but I live in Hillsboro, so a shorter commute would be awesome.

Since the current Whole Foods fuckery surfaced I have decided not to shop there. I am not the sort of person to boycott at the drop of a hat, but discriminatory policies like this are ridiculous. I like a fair amount of their stuff, but there are other places to get most of it; we already spend a lot more money at Trader Joe's, Peoples and New Seasons.

Note that I am not asking for arguments about where I should be shopping, or flamewars about WF's policy! Recommendations, however, are quite welcome...

What I cannot seem to get in town other than at WF (I almost typed WTF, heehee!): two things that I know of. One is cashew butter that doesn't cost a fortune. Everywhere else it seems to be ten bucks at least. TJs used to make their own, but they discontinued it. Anyone got an idea where I can snag this stuff?

The other is Midas Touch Ale, by Dogfish Head - a totally unique beer made with muscat grapes and no hops, sweet and spiced with a high alcohol content. This stuff is like no other beer and I'd hate to have to give it up if WF doesn't give up their WTFery by this summer. The beer store on Belmont didn't have it when I checked, though that was a couple of years ago.

So. Where can I get these things?

Hello Portlanders of the Damned,

We, Vagabond Opera, are looking for several street team folks who will plaster this town with posters and distribute flyers at parties or other events for our upcoming Valentine Day's extravaganza! We'd compensate you with two free tickets to the event (a $40-$50 value)!

First three people who are serious business about this will be considered. Your name with +1 will be on the guestlist for this amazing event!

More info on the event are located here and here! 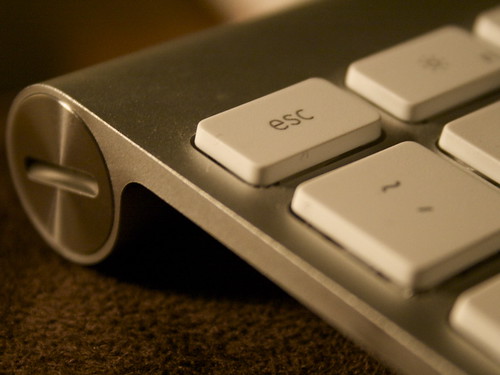 I'm a novice programmer looking for other novice or more experienced programmers for regular meet-ups.

I recently decided to go through and do the Stanford iPhone programming course on my own. I've been doing the assignments and watching the lectures, but it'd be helpful to have someone else to work on this stuff with periodically. Anyone else doing these or interested in being a study partner maybe once a week or every other week? I also have the Hillegass Cocoa Programming book that I'd like to go through at some point, too.

Where can I find awesome amazing Black & White cookies?
"This being the first full moon of 2010, it is also known as the wolf moon,.....Tonight it will be about 14 percent wider and 30 percent brighter than lesser full Moons of the year,"

To the Asshat who barely spoke English and had no insurance.

Thank you so much for smashing your fucking SUV into my little Camry. Seriously. I needed one more thing this week.

I hope you die in a fire,

The Frederick Meyer at 7700 SW Beaverton-Hillsdale Highway is having a Grand Opening (to celebrate their remodel being done), and among the random stuff they're giving away, on Sunday, February 7th from 11 am to 1 pm they are giving away 200 FREE kids' helmets.

Also 12-2 that day is free sundaes; it's a win/win... but seriously, free kids' bicycle helmets! Go!

We had about 30 adults meet at the Newport Coast Aquarium. Well, actually, we tried to met at the Rogue Brewery, but between the crowded-ness of the bar and the clueless-ness of the resturant waitstaff, that really didn't work so well. But as the sun set, we all snuck into the back classroom shortly after closing time. Our camping gear was piled onto the tables as we turned in waivers and they locked the doors behind us. We were there for the night.