You have no idea what the name of it is, or even who did it.

All I have to go on at this point is that it was well produced music that sounded like it was probably done at a ren-faire or other similar gathering, there was lots of drumming, flute, and clapping, and the music started out slow, and then got faster right about when the clapping started. It got pretty fast paced in some places, that's for sure.

Let the possibilities and the snark begin!

What's your favorite beach that's no more than 2 hours from Portland? I would love to know what you think the pros and cons of each one are and any little secret spots or favorite things to do there.

I'm thinking about spending the day at the beach on Thursday. I know the weather's supposed to suck but what're you gonna do?

A car wash. The kind where you pay your quarters and wash it yourself. I have some damage to the mirror holder on my passenger door and can't take it throught a touchless wash, let alone one of the ones with brushes. I haven't seen any in my travels around PDX, wherefore are they hid?

We've had a woman doing our company Costco Runs weekly for a couple of years now. She's done a great job doing so.. we send her a list on Friday then on Monday she goes to Costco, loads up with what we need and drops it off. We paid her an hourly rate and reimburse her for the amount she spends at Costco.

Well, she moved to Arizona :( She recommended a friend of hers to take her place.. But the friend sucks.

So what I need is.. recommendations that anyone might have for a company or individual that does this type of thing for their job as well.

I'm an aspiring fatlete with my eye on a sprint distance triathlon in the near future. I'm working on my running, I have a bike that I actually ride...but I'm having the darndest time finding a pool that is a) near me (work downtown, live inner se) and b) has open lap swims. Oh, and c) isn't part of a super expensive gym.

I used to belong to the tiny 24hr Fitness downtown, but their two lane pool was ALWAYS crowded. I was going to join the YMCA on Barbur, but that's no longer a Y. I dunno...does anyone have any suggestions or ideas? I could just jump in the Willamette River, but raw sewage and boats kinda scare me.

Also...since I'm determined to do this tri-thing as a fatlete...anyone here have experience with triathlons? And/or know of an accepting club or group of folks to train with?

So the brakes on my car are on their last legs and my regular place costs an arm and a leg for that kind of thing. Any recommendations for brake service are greatly appreciated, Eastside a plus.

My wife and I just got a beautiful little bearded dragon. Her previous owners were feeding her crickets, but that's really not the best possible food for her. Unfortunately, every pet store I've tried so far only carries crickets and sometimes mealworms and superworms. We'd like to switch her over to Dubia roaches and silkworms or phoenix worms, but I can't seem to find either. I've already tried Petsmart, Petco, and The Tropical Hut on Division (best selection there, but still only crickets, mealworms, and superworms). Does anyone know of a place locally where I can get Dubias and silkworms? Am I pretty well limited to online ordering and hoping they're still alive when they get here?

Please don't drive if you can't handle it - I'm an insurance adjuster and still not recovered from all the accidents last year!!!!! Seriously, note my excessive use of exclamation points!

In Clackamas/Milwaukie area! So pretty. :)

Best place in Portland to find affordable scrubs (pants mostly) for women? I live in SE Portland but have a car.

Oh yeah...and I just looked outside to see it snowing!

Jesus Christ, people! :)
SE snow is the hippest snow. Or a combination of the hippest and the richest.

has anyone noticed that it's snowing outside?

Jeez you'd think it was snowing babies or something...
Snow in Old Town, but to early to tell if it's sticking (it's really light stuff).


More bulletins as events warrant. Please stay tuned to your only local source for Snowpocalypse information!

Can we has done now?

Snow in Gresham and NE!! 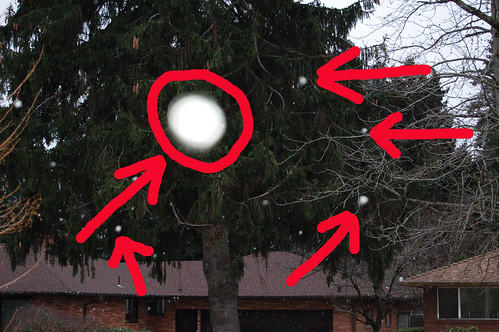 And now it's realllllly coming down hard.

And, yes, that's what she said.

Because their site currently says it's 35 degrees and going to rain with a vengeance. Mmm, 'kay.

The rain is set to return with a vengeance today

By Dave Sweeney, Special to OregonLive.com

OMGSNOWZ in downtown Portland! Just looked out the window of the library and it's coming down!

How could I possibly beat LBD to this post?

Since I love DP when it snows and haven't been posting lately, please excuse me for just one moment! Also, somewhat belated & late to the game as I had work!


OMGZ SNOW! @ Murray & Farmington in Beaverton.
What's going on? Did the Blazers win the pennant?

... you have the time and energy to do a mini photo-essay simply because we have a half inch of fresh snow. 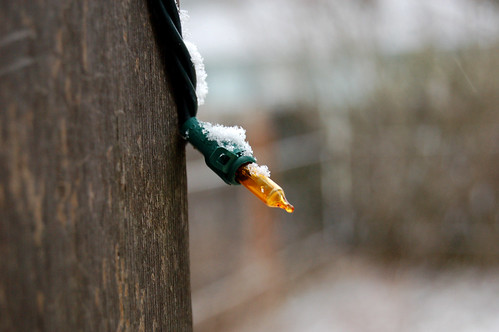 Has anybody noticed that it's snowing?

Is anyone else having trouble getting a call out on their Verizon cell phone? Our house full of Verizon phones is DOWN.

I miss people thinking it was cool to post about bacon.

Oh DP, I love you!
So I can tell everyone is excited about this year's snowpocalypse, but what I want to know is, what is everyone planning to do to enjoy our new winter wonderland?
I for one am drinking hot tea to keep warm and cleaning my house avoid cabin fever, also running around around my house with my doggie, going to try to catch lots of snowflakes in my mouth and maybe take some photos.
Fun!
Your turn DP!

Your excitement is nothing short of fantastic.

I was supposed to pick up my ex and my 4 year-old from the airport tonight. I'm thinking I will send a cab for them instead and avoid driving. Has anyone used a taxi service with baby or child safety seats in Portland? The phones to all of them are busy (of course), or putting me on hold forever. I just want the easy answer! Thank you in advance, Deepies.
Channel 8 put one of my pics up on their site:

( Collapse )
Damnit all, I deleted a job posting that I had favorited from Craigslist... Wondering if any of you know of the company...

A week and a half ago or so; they posted they needed part-time help.  It was a call center of types.  They were open 24/7 or something close to it.  People would call into the call center, needing to be connected with an interpreter.  Then the employee connects them with the interpreter as needed.  I don't remember the name of the company, but they wre hiring for 2 shifts.  Either Sat/Sun 530am-200pm or Sat/Sun/Mon from like 300pm-Midnight.  Anyone know this off hand?

1) The amount of snow on the ground in Portland cannot exceed 4 inches.

2) The roads really aren't that bad out there (excepting the neighborhood and arterial streets, which are not good).

I come from Tulsa, a city that also goes "OMGWTFBBQ" when snow falls, and shuts the hell down. But nothing like this. I have never seen the entire infrastructure of a city just utterly fail like this. Buses crashing into each other like it's Doomsday. Gridlocked highways like the city is being bombed. My partner taking 4 hours to drive 12 miles, by taking winding back streets and avoiding I-5. 2.5 hours to get Chinese food delivered from 3 blocks away. West Burnside completely locked up at 9:00 PM.

So here's the question.

1) When you're starting from a stop, say in traffic, and you hear that noise that means your tires are slipping, the thing to do is NOT to go, "oooh, let me HIT THE GAS, THAT'LL HELP OMGLULZ!!!" Let off the gas, then apply it slowly, go into a low gear, and wait to see if you get traction.

2) When you're driving downhill, and you feel yourself starting to slip, the thing to do is NOT to go, "OMG BRAKES GOTTA HIT THE BRAKES!!!!!" That causes chaos and death.

3) When you're driving uphill and you feel yourself start to slip, the thing to do is not go, "OH SHIT I CAN'T MAKE IT UP THIS HILL LET ME STOP MY CAR IN THE MIDDLE OF THE ROAD AND WANDER OFF." This will annoy people who CAN make it up the hill BUT FOR your car in the way.

4) When you're on the highway, and you want to put your chains on, try moving to the shoulder, instead of doing it IN THE MIDDLE OF THE MIDDLE LANE. Plus, if the highway is gridlocked anyway, WHY DO YOU NEED YOUR CHAINS? Come on, workers of Portland, lose your chains! (strained communist joke).

Just a few handy tips from someone who has driven in only slightly more snow than this (though I did spend a December in Minnesota once, so I guess that counts for something).

The most important thing is to relax, stay calm, and realize that this'll all turn to mucky slushy rainy disgustingness tomorrow - which is much easier to drive in.