When I first moved into my current residence, I had two roommates who were a couple, and they lived in the downstairs area of the split-level house. They broke up months ago, and the woman moved out and lives with her new boyfriend. The former couple had two dogs together, but apparently she can only have one dog at her current boyfriend's house.

Unfortunately this means that the second dog is left here, receiving no attention from the ex-boyfriend, locked in the garage nearly all the time from what I can tell. The owner claims she's trying to find a home for the dog, but I personally believe she doesn't even think about it. She doesn't live here, she's never around, and it's been months since she left the dog here.

Either she's not using any internet resources to find an owner, or she's not actually trying. The poor think howls and yelps when it thinks anyone is home.

Momo appears to be a min-pin & chihuahua mix, and she's approximately a year and a half old. She's a very sweet dog who loves to play fetch. If you're interested, please email me at kumori(dot)kaze(at)gmail(dot)com. I will let the owner know that I have found an interested party, and I will find out all the relevant information about the dog to pass along. I do not know if she's fixed yet, or what shots she's had. I will also attempt to get a picture.

Here is my video of this years Portland zombie walk
where you there?!

What do you need right now?

halloween demands your Halloween pictures! I haven't seen a post so far with a massive costume photo dump.

So DP... what was YOUR Halloween story? And costume?

Hey DP! I consult with your wisdom and snark once again:

I plan to do a steampunk-themed portrait with a client this coming weekend. We'd planned to do this a few weeks ago, but they got sick and we were forced to reschedule. Unfortunately, the location we'd originally picked is outdoors, and the forecast for both Saturday and Sunday looks rainy and cold. I suspect future weekends will be similarly cold and rainy, and I don't want my poor clients to get soaked and die of hypothermia.

SO, is there an indoor location in Portland where we could take photos, that would fit with a steampunk theme? Dry is a must, warm is a definite plus.

EDIT: It should also be noted that we would be bringing in a bit of professional lighting gear.

If we could talk some facility like OMSI into making the arrangements, would you spend $50-$60 to spend the night camped out at the Newport Aquarium shark tank? I'd so like to do this as an adult program.

It would be cool if the presentations included things like watching JAWS a la MS3K & picking apart the bad science, or getting a researcher to talk at a bit higher level then aimed at kids. Better still would be with beer, but I wouldn't push that.

Open House at Common Ground Everett House this weekend
If you are a healing arts practicioner yourself,  this could also be a great networking oportunity--feel free to bring business cards/brochures to Roots and Branches, so that Jessica can add you to her referral list.  And if you are looking for a new office space to rent,  there are several days/spaces available.
All this fun is happening
Friday 11/13/09
5-8 pm
2917 NE Everett  97232

I have some necklaces, bracelets and rings that are silver and in need of some repair.

Can anyone recommend a silversmith repair shop in town, please?

I realize this might be totally obvious, but I'm a complete n00b when it comes to snow sports.

So, I want to learn how to snowboard this winter, and I know that both Meadows and SkiBowl offer lesson packages (I'm looking at SkiBowl). My questions is this - when can I actually start? I couldn't find anything about a specific date when they're going to be consistently open on weekends. And I don't really know when the "season" starts.

I know quite a few somethingawful.com members frequent Rock Band nights at Ground Kontrol, but how many

damnportlanders attend this wonderful event every Tuesday, at 8:30pm? It would be nice to see some non-goon people from the internet.

For all of you pet owners and vet techs out there,

My poor cat has pooped in the house twice recently, and from what I can tell, may be sick. I know I should take him to the vet, but would love any advice you might have as to why this is happening.

1) Good vet recommendations for SE? Someplace that doesn't have outrageous prices would be ideal, close in SE. I just moved back to the area and my former vet is way out in N. Portland.

2) What might be causing him to have very wet stinky poo or be unable to control his bowel movements? (He has done this in the house before, but usually because he's mad or hasn't been able to go outside, and never so wet -ewww!) He also has not wanted to go out nearly as much, but doesn't seem to be sleeping much more than normal or acting sick. He's 9 years old and fixed.
Picture:

Hey DP,
where is the best place (read: pays the most) to go to sell a bunch of NES cartridges? I have a box of ~50 of em, some classic and awesome, (mario, metroid, paperboy, kid icarus) some not so awesome, (sports etc.). I haven't done anything with them in years, so I'm ready to part with them. Also have a NES that doesn't work, is there anywhere in town that would buy it?

Annd, I also have a (working, last I checked) gold N64, which ebay is telling me might actually be worth something. Though I'm assuming most places wouldn't buy it for extra just because it's "rare", since back when I worked at gamestop we wouldn't have (and didn't which is why I have it.) Is there somewhere that might, though?

Alternatively, if a DPer wants any of this, make me an offer! I can even deliver.

As of next week, Oregon's medical-marijuana patients will have two smoke-easies in Portland in which to medicate and socialize, the first such places in the country to open since the federal government indicated that it will no longer arrest or prosecute patients and suppliers.

http://www.oregonlive.com/portland/index.ssf/2009/11/portland_will_soon_have_2_smok.html
So I came home the other day to find that my dog had chewed away at the corner of our hot tub cover.  I've since got him to stop doing that by attaching balloons to it (he hates them), but the part he got to still looks pretty ratty.  My roommate (who owns the house) told me not to worry about it, but I'm kinda curious if something like that can be fixed, and if so, how?

I realize pics would go a long ways here, but I'm not sure at the moment where I left my camera.  The material is some type of brown vinyl, like what a motorcycle seat or would be covered with.  Is anyone here experienced with upholstery repair, or able to recommend some sort of mobile repair service?  I'm just west of Troutdale. 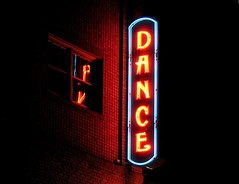 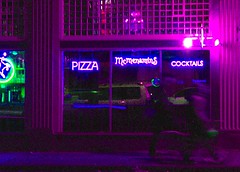 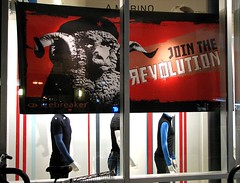 I will soon be leaving our fair city to return to my ancestral homeland (Montana) in order to make NO money as an Americorps Vista member. So, I'm looking for someone to fill the lovely room I'm leaving behind. The house is near Reed College, and just three blocks from the 75 line. The roomates are all really nice, chill people and the overall environment in the house is drama-free and a lot of fun. Here is a link to the Craigslist ad: http://portland.craigslist.org/mlt/roo/1451985677.html