so what places have great breakfast/brunch + booze besides MFP and Genies? I like both of them, but i've been there recently and feel like something new.
Anybody want to start a flame war?

Does anyone know of any other shows that were shot in Portland?
and does anyone remember Nowhere Man?

Science of Beer @ Bagdad tonight at 7. Get there before 6 if you want food, as the servers get a little overwhelmed. I'll be the volunteer running around with a mic after the presentation to get many of your questions answered.
after a year+ abroad/in seattle, i'm finally back in your lovely town.

what are some good thrift/vintage/second-hand stores in the city? i only know of the goodwill on w. burnside and the red light. i hate buffalo exchange.

and what are your favorite cheap/indie movie theaters?

So I have finished with school, received my license, set up a place to work- now I just need clients. And that's where you come in DP!

I'm ready to start booking appointments for October and beyond. $80/hour. The private studio space is in NW. If you want to claim some time, please email me at info@lastporter.com and we'll set something up.

Maybe I've just started to notice this, BUT, what happened to the "Hey thanks!" wave in traffic? Because of the lovely traffic caused by I-405 northbound closure this weekend. 26 into the city sucked. I, being in no hurry and in a good mood, let over all the last second people who ignored at giant OMGTHELANEISCLOSED signs. Not a single person even acknowledged this - myself, when I notice someone made an effort to let me over when I'm signaling, always wave or something, just to be polite. But not a soul did that on Saturday.

So...is this typical? Whatever happened to the most basic of manners while driving. Please, DPers, tell me you haven't all become jaded motorists!

Hi, DP!  How's it going?
Great, so, I'm looking for assistance.  There was someone a while back that was offering to help people with yardsale/garage sale stuff. It was a long while back.  I've emailed them and they're not emailing back.  Anyone else interested in helping out for a couple few hours with organization, sorting, pricing, etc?  Like, for money.   Probably not this week or next but between the 29th and October 2nd?
Also, anyone interested in helping me, also for a nominal fee, figure out what laptop I should get?  I have some general ideas and have been given some general advice but that is not helping me get a specific laptop purchased.
I can give more info on either of the above.  Suggest to me what you think is a reasonable fee and I will consult the mrs. (about the yardsale thing; I have achieved computer autonomy and can negotiate with you directly for that).
Thanks
I just put my cd collection on the curb because it's been in a box for a while (yay ipod). So if you want cds I listened to in high school, come find the bright green house at NE 11th & Emerson. There is lots of 90's alternative, some bad bad nu-metal, some goth, lots of marilyn manson, nin, and bad religion. Etc.

I'm unsure if this is allowed, if not please delete.

Unfortunately I moving. I am newly divorced and am moving back home overseas. I am leaving in the next 2 weeks and need my apartment empty asap. I have not been having much luck with people following through on Craigslist, so I thought I'd try here.

Will also be selling my computer, camera, microwave and kitchen stuff very soon too....everything must go.

I need a place to get some cheap silk screened shirts, Ideally under $15, just basic text. Ideally quickly (as in this week). Thanks!

i looked at ODOT, but all they have up for september is the 405-N closure. has anyone heard anything about the ross island bridge being closed on the 19th? i thought i saw something flash one of those big signs when i went past, but it changed before i could read it properly....

EDIT: found it on tripcheck:

let's say i decide to take my iphone to europe. would i get charged for texting while over there? i currently have the unlimited text plan.

hey dp,
i've had a rough few weeks and am manifesting some serious mental/ emotional stress in a very physical way. the only cure for this fever (aside from more cowbell) is a DAMN FINE massage. i know how to google, and i've yelped the shit out of this topic, and now i seek personal recs here.

have you ever had a massage anywhere in southeast? if so, or you know someone who has, i'd greatly appreciate any comments or suggestions. cost is not an issue, and i'm interested in anything from thai massage to hot stone therapy.


mkthanksabunch.
Just in case this is of interest to any of you...
I'm selling a Toshiba laptop computer with a VERY large screen with great resolution. The computer is in great condition and comes with the original back-up/restart/recover CDs, a Logitech fiber optic mouse, and the Power AC adapter and outlet cord. The computer memory will be wiped and reset. Specs and pictures below:

Pictures are available, email and ask for them if you want them.

Asking $350 which is $50 less than the going rate on Ebay for this particular laptop.

Meanwhile, some nobody who helped save 1 billion people from starvation passes away.

I have a set of high quality clarinets (Leblanc Opus, Bb and A soprano) that I haven't used much in several years, and I want to get them checked out, any necessary maintenance done (they should be all right, but have been sitting for a while), and get advice on setting a reasonable resale price for them in the local market. Can anyone recommend a good wind instrument shop or knowledgeable individual that could help me with this? It would be great if it was in NW, but anywhere close-in is okay. 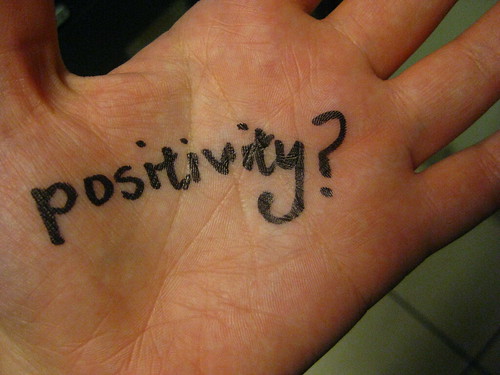 1. Let's talk ice cream/frozen yogurt/gelato/whatever frozen cold desserty treat you like this week. Favourite flavor? The best ice cream you ever had?

2. Tell me two positive things that happened this past week, no matter how small.

What the internet needs is a PREDICTIONS OF DOOM repository.

I was thinking of this related to the economic crisis and Obama's response to it. I am sure there were at least a few voices saying "ZOMG WE WILL BE IN MAD MAX TERRITORY BY THE END OF 2009", and I am sure there are more than a few people who said that Obama would send the stock market down even further. And as we have seen, while the economic situation is certainly not very cheery...there seems to be a recovery, or something like it going on. At least no more Top-10 Banks have gone under.

Of course, PREDICTIONS OF DOOM don't need to be related to economics or politics. I am sure there are lots of people who have predicted GREY GOO APOCALYPSE by now, or that land sharks would come ashore, etc. So what would be interesting is to be able to have a record of everything that people have predicted, and see where they went wrong.

And maybe be able to call them on it.

I have an entire sheet cake from Costco left over from my wedding yesterday. Seriously it hasn't even been cut into or licked by my weird uncle or anything. It's chocolate with cheesecake filling. It's really yummy but I can't eat an entire sheet cake myself. Someone please come take it from me.

Wasting cake is wrong. Email me at sporkqueen42 at gmail.

Edit: I live in North Wilsonville right off I-5

Ok, I have a moderately weird question. Do you know a store around town that sells Johnson and Johnson jasmine and vanilla baby powder?

I ask because I'm doing a secret santa sort of thing and my person apparently loves this, but has a hard time finding it.

Yes, I know we all *might* be kinda sick of Portland pirate stuff (even I am reaching me limit!) but the Portland Pirate festival is coming up here on the 19th of September.

But more specifically, Pirate history is trying to be made, with there being an organized effort to break the record of 'most pirates in one place', here, in our very own Piratey Portland!

"Be a part of Pirate History as we attempt to beat the Guinness World Record™ for "The Most Pirates Gathered in one Place" sponsored by Dark Wing Productions. On Sunday, Sept 20th starting at 2PM we need 1,500+ fully dressed pirates to pull it off so here are the official guidelines:

Costumes must consist of the following:

And hell, if you don't want to dress up as a pirate, at least check out the festival instead. Plus it's talk like a Pirate day if I do remember.

Hope to see some of ya there!

My husband and I just watched some sort of burning object come about the speed of a small plane from the Sellwood area, over our home by Mt. Scott park on up towards East Portland/Gresham area. It just appeared to be burning orange and as it got past our house I saw some burning pieces fall off and it appeared to dim a bit. Do meteors just float nicely across the sky like that?
Collapse