A flier posted on the door of the Bush Garden restaurant, located at 900 S.W. Morrison Street, claims a loss of foot traffic due to nearby construction is to blame.

The 32-story Park West building was scheduled to be built across the street from the restaurant but the construction has been put on hold until the start of next year.

The restaurant had been in business for almost five decades."

RIP Bush Gardens. May your wonderful happy menu live long in our dreams. Portland is down a sushi restaurant.

Oh and touching upon my Mcmenamins post the other day. The manager of the Chapel Pub location contacted me and apologized profusely. He said he pulled my check and saw how long I had been there, about an 1 hour and 20 mins. He agreed it was too long to wait for a meal and that he wouldn't expect me to pay for that kind of service. He invited me to come back in and said the issues had been addressed. Apparently the cook wasn't trained enough so they've been pulled for more training, and the server wasn't balancing end of shift tasks with serving well enough. I appreciated him calling and apologizing. I'll go back and give it another shot.

I'm in need of an affordable dog groomer for my adorable, but dirty, Westie. He has very coarse, long hair that loves to pick up leaves and pine needles from our yard. I live in SE Portland off of Stark, so something close to there would be fabulous. However, I'm willing to drive if the place has incredible deals!

Looking for recomendations for some good bars in Portland for drinks and dancing. My best friends and I have decided we need a girls night out. So we're leaving the boyfriends home with the kids and are hitting the town.... our problem is were from the boon docks and havent been out in portland much.....

So we're trusting you guys for some suggestions on where would be some good places to check out......

Okay the smart a** comments can now begin....hehehe, hope that abbreviation is better

More Info:
will be on Saturday night
hopefully someplace not too packed..just dont want to have to wait for more than half hour to get a drink
we like most kinds of music so that not really an issue

Thanks so far for the ideas... will always consider more

Where do I buy a large, plain keyring? I don't mean a keychain with a dangly picture of Portland on it, or an Oregon salmon, or any other kind of touristy thing. I just want the keyring itself, without the dangly thing, and I want a big one that I can put many keys on. This seems to be an item that does not exist. Office Depot doesn't have them. RiteAid doesn't have them. Fred Meyer doesn't have them. Google isn't telling me anything useful except that Keyring is apparently something having to do with Linux.

I'm dealing with a bout of intense stress-induced anxiety, complete with insomnia and an almost total loss of appetite. Which, you know, is cool for dropping a few pounds. But, ultimately not the way I'd like to do it... especially not if my hair is falling out, too. (Luckily, it isn't... yet.)

I'd love to hear what some of you DamnPortlanders do short-term to alleviate these kind of symptoms from an otc homeopathic/naturopathic standpoint. Preferably, something that I could procure locally - the sooner the better.

I have the traditional anti-anxiety Rxs. But, I don't want anything "mediciney" that knocks me out and leaves me feeling low(er) and those certainly do that. No weed, no alcohol, same story there.

Can you give me a run-down of the atmosphere, difficulty, etc? I'm not a heavy drinker, but it does sound silly and fun.

Hey all. I want to get a cool/funky shorter bob like hair cut!

I have a square face, and don't really care what it is as long as my hair stylist takes the fact that I have light, airy, slightly crimpy hair into consideration, and doesn't just tell me to straighten my hair everyday because there's no way in hell that's EVER going to happen.

So, can someone reccommend a stylist I could make an appointment with, who will look at my face/hair/clothes/identity and pick a cool haircut for me? Anddd who is relatively affordable (less than $80, pretty please!).

I went into Junior's restaurant lately and it as dead! The waitress said things have been slow there for a while. Now, I don't know about you, but Junior's has been a breakfast mainstay for me since I moved here 8 years ago.

Why do I love it? There are options for everyone: vegetarian, vegan, meaty. Not just an option, but multiple delicious options for everyone in every section of the menu. The decor is adorable. The waitstaff are super nice. The owner is a doll. The food is delicous.

So get down there and eat some scramble, dammit. 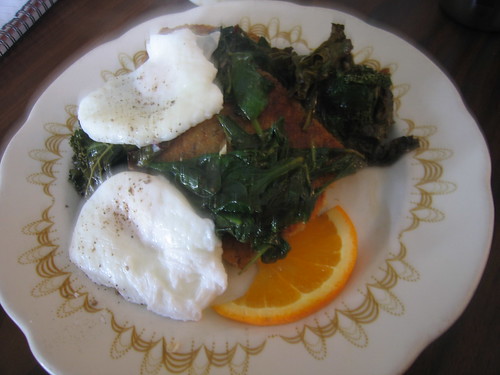 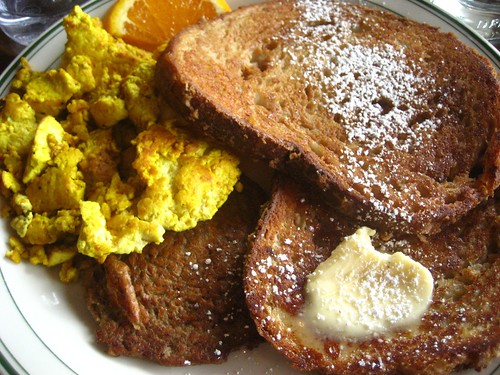 I hope that this is allowed here.

So due to certain recent suckage (roommate loss with no replacement), I am now in the hunt for a rental home.  I remember from the first time moving to Portland that rental homes are a pain in the ass to find, so....

I need your help.

Link me to websites, hook me up with someone that wants to rent their home, just help give me some guidance!  I've been on Craigslist, Hotpads, and rentalhomesplus.

Essentally what we need is a 2 bedroom home with washer/dryer in a quiet neighborhood.  We'd like to stay in or very near the Hollywood district.  We are two females with good jobs, can pass background and credit checks and all that jazz, and we will be bringing along two cats which are spayed, up to date on shots, have papers, and are box trained.

EDIT:   Basically, what we need is something West of 82nd, North of Hawthorne, and South of Killingsworth.  Not specifically Hollywood.

But, I do realize that this is a big task.  I wouldn't mind just parking it here and spending the 700 a month/person, but she doesn't want to.  And she doesn't want an apartment.  She may change her mind after looking for a while though.  I've done this search before.  *facepalm*
Hello,

Anyone know a place I can get a pair of pants hemmed before Friday? (Cheap is preferable, but secondary to fast.)

I saw a previous post that recommended Nordstrom, but does anyone know if they alter stuff that wasn't purchased there? I could call them and ask, but that would require talking to someone.
I know this will come off as super dense, but does anyone really have an idea of what a "hipster" truly entails?

Based on how loosely I've seen the term used, I'd imagine myself and basically every male friend I have in Portland qualifies as one because we're not dirt poor, don't mind rock music, and we may have stubble/facial hair. Why is being one so bad? Why do art school kids call people hipsters?

Not trying to troll or flame, I'm just really confused as to what the word really means.

What are your top 5 favorite computer programs on your computer? (Utilities, games, whatever!)

Hey all - we had a half dozen DP'rs meet up to see Star Trek this evening, and had a great time. I'm still not sure where Winona Ryder was in the movie, but the flick was fun, and thanks to

shinefire for inviting us out on

Now that I've seen it, I can be assured that the spoiler moratorium can end and I won't care. In fact, here's a spoiler free review that I imagine y'all might get a kick out of:

i'm breaking out of the FNNLC this week! we're going dancing!

i read the post recently about good places to dance on friday nights, and jotted down fez and the good foot, but i'm wondering about any of the queer places.... i've been to the E-room, and that's it. i know crush has a dance floor, but i'm looking for more of a club with a bar versus a bar that has a dance floor. i tried the DP search function but got nothin'. anyone have any suggestions?

i looked at the holocene website and it seems that there's something interesting going on called Rockbox. anyone know anything about it? or has anyone been to rotture?

we're also looking for a place that will be well-populated... and we'll get down with our homo-bros as well as with the girls, so it need not be a girls-only kind of place.

thanks in advance, y'all.

So what store or kind of store should I be looking in to find bras with clear straps? Dance recital is coming up and costumes just arrived - the straps aren't /too/ narrow, but given how much we're moving (dance is funny that way) I'd just as soon not worry about it. But the last time I was in a recital was a LONG time ago and those clear-strap bras hadn't come out yet. Throwaway places like Target, clothing shops in particular, would they have any at Lane Bryant since I'm also a plus size...? ('cause, you know, it's not hard enough finding bras that are 42 around but only D cup...)

Where can I find a massive selection of keychains?

Has anyone ever had custom keychains made? Where did you do that at?

has anyone seen it for sale anywhere in portland? preferably in single 20 oz bottles. The QFC near my place doesn't have it yet, but they have the super expensive Pepsi "Natural".

This might be kind of a long shot, but...

My friends and I are making our own percussion instruments / collecting musical instruments or things to make them out of: we're broke, but inspired. Does anyone have any old drums, random musical instruments, or junk I can make instruments out of? I could use buckets, silverware, pipes, whatever- if you think I could make an instrument out of it, and you want to give it to me for free, please leave me a comment. Or you can email me at mperson@pdx.edu.

Also, if anyone has any bongo drums or a djembe or something that they would like to give me / sell me for really really cheap / trade me for some sort of manual labor or possibly one of my possessions, I will be eternally grateful!

(edit: ditto this for a typewriter!)
Collapse