So this afternoon I finally admitted to myself that there is no way in hell I want to pay $60,000+ in student loans to go to PNCA (Pacific Northwest College of Art). I do still want to get my bachelors, but without turning to a life of indentured servitude to pay off an endless mountain of debt. I already have an associates degree in graphic design, but I feel like my portfolio and skills could be a lot stronger with a couple more years of education. PSU is the only reasonably priced alternative I can think of. (The Art Institute is completely out of the question, for obvious reasons). I've checked out their design blog and program requirements and I'm starting to think it wouldn't be a bad school or program. I had a teacher I really respected completely write-off the program as a waste of time in the past, but I want to know what other people think.
Are they more traditional, or new media based? Ideally I would like a lot more training in web design since that's what employers seem to be looking for.Is anyone here part of the program? What have you heard? Recommendations? Tips?

Firstly, I don't have shares or any stake in the below two restaurants but wanted to share two different culinary delights with you guys:

If you want the BEST biscuits and gravy in town - hands down, then head over to the Bread and Ink Cafe on Hawthorne while they're serving breakfast.  BUT (most importantly), when you order the B&G, ask them to substitute the biscuits for their Greek roll instead.

I swear to you, you won't be sorry.  It's the best damn B&G I've ever had in my entire life and each time I've ordered it there, I've never been disappointed.  And everyone I've taken there has agreed.

NOTE: Without the regular biscuits it's good, it's really nice but....it's not amazing amazing. You have to do it with the greek/french roll (I think it's a greek roll but if it's french, I apologize).  I would never have known such a delight except that the first time we went they had run out of biscuits (they were about to switch to the lunch menu) so it was a completely serendipitous moment.

Cafe Du Berry on SW Macadam - their french custardy french toast made with thick slabs of egg bread is like NOTHING you'll ever have anywhere else in Portland. It's texture reminds me of a delicious eggy bread pudding, almost.  Sprinkled with fresh lemon juice and powdered sugar,  you'll have mouth orgasms, I swear to you.  Their pepper steak is also fabulous but nothing, nothing will surpass their famous french toast.  Again, everyone I've brought there to try their french toast has been amazed.  Yes. It's THAT good.


So with that - if you're looking for a place to brunch tomorrow (and if they're open) - I highly recommend these.  And would love to hear what you think too. :o)

What is the best place to go for classes on crafting, dancing, etc? I want to learn how to do some new things.

As we all learned, Valentine's Day was Oregon's 150th birthday, which means that Oregon's statehood was signed into law by James Buchanan in 1859.

Also, for this President's Day, Presidential historians once again ranked James Buchanan as the WORST president ever. (Well, he isn't always DEAD LAST, sometimes he trades off with Franklin Pierce, who proceeded him)

So it could be that Oregon statehood was the best thing he did! Also, it means that Oregon was made a state by one of America's GAY PRESIDENTS!

Its actually curious that Buchanan would let Oregon become a state: in the leadup to the Civil War, southerners didn't want the creation of more Northern states, because that meant more senators. So I am surprises that a southern sympathizer like Buchanan would have allowed Oregon to become a state.

Where is a good place to buy some firewood? Enough for a weekend camping? Preferably somewher in the SE but heck, I can drive all over.

Where's the cheapest place to buy both large and small bottles of everclear (aka drinkable grain alcohol) in the metro area, and how much does it run?

Denatured alcohol would also be acceptable but only if it's waaaaaaay cheaper.

Where's the best place to go for interior paint around downtown? We're in SW/John's Landing and so far it's looking like Home Depot in Beaverton or where ever the closest Fred Myer with a home and garden center is, but it'd be great if there was something closer.

I need an optometrist, you know for to have my peepers checked out.

who do you trust/who uses rusty tools?

**EDIT** got it taken care of, Reynolds optical. Down the street from my house. 100 bucks INCLUDING contact fitting.

Now all I have to figure out is how to be awake at 9:45AM

I can't seem to find the correct search terms for Craigslist.

I am looking for a vocal instructor in the St. Johns / N. Portland area, focusing on rock / blues / country. I am not a new singer but it has been 20 years since I had any regular instruction or stage time.

I am mostly looking for personal recommendations at this point. I would like to have one or two hour long sessions a week.

Thanks for the help guys.

I know there was a Repo! soundtrack post a little while ago, but here's another one.

Does anyone has the audio to the actual opera portion of the film? I was really disappointed that it wasn't on the soundtrack, considering it's such a key part of the movie. For god's sake, the movie is even named after it. Repo! The Genetic Opera. Sheesh.

One ticket to Andrew Bird this coming Saturday at The Roseland. I already got mine, but now a friend wants to go too. I said I would get a ticket for him and when I went to buy it at Safeway today, they were SOLD OUT! So maybe you bought an extra when you got yours, just in case, or maybe your date for that night developed a case of "It's not you, it's me," or any other reason. If you find yourself with an extra, please please PLEASE get in touch with me. I don't want to pay scalpers' fees either. If you have an extra that you would sell, say, 25% over face for the inconvenience.
Thank you. 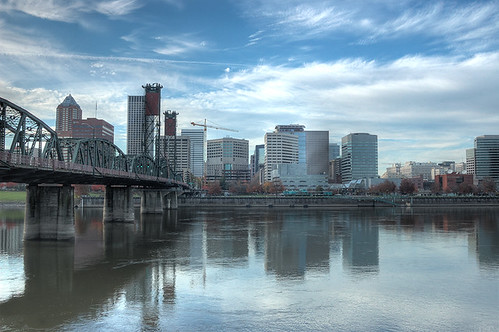 I asked my friends list but thought I'd ask here too..

Does anyone have an in in the airline industry? My mom (she's young, 47, and fit) had a heart attack yesterday and is going in for surgery tomorrow. I'm trying to scrape together enough cash to fly out to Orlando, but if anyone can help me get a discounted ticket I would immensely appreciate it. I just want to be with her.

Open to: All, detailed results viewable to: All. Participants: 239

I realize I forgot to add the burbz(Tron-Boro-Sham) so comment if that's where you is.

We have been in Texas for a week. There ate no veggies here that are not peppers :)

Where in the best salad bar in PDX?

Catching up with a friend tonight. We both want cheap food. I'm not drinking (so a place with tasty non-alcoholic drinks would be nice) but she loves a good one. Any all day Monday happy hours in town or ones that last until/past 7 pm? We're based in the Laurelhurst neighborhood but can travel.

So, I've been aware that "Slut Nights" have been held in Portland for a pretty good amount of time, and in a few places. But does anyone know of any that are going on/have gone on recently? Are there regular places that they're held or what are a few places they have been?

(And so you know what I am talking about: "Slut Night is the name for butch-femme social gatherings—mainly for self-identified dykes[1] and lesbians—to celebrate gender expression and the butch and femme gender roles which have a long tradition in lesbian culture. Butch and femme (also spelled fem; originally a French word for woman) are terms often used in the lesbian and gay subcultures to describe, respectively, masculine and feminine traits. Slut Nights have also crossed over into the mainstream kink culture" - Wikipedia is King.)

And for another possibly odd question are any of you members of FetLife.com? I actually just found one of you on there (though I guess I won't say who because that's your business) and I was curious if anyone else was a member?

Thanks in advance you guys are always great. =)

What's your favorite non-Powell's bookstore in Portland?
my birthday is next week and i want to wear something that is very similar to this dress.  preferably new, but ehh, y'know, whatevs.  i just wanna look pretty.  any idea where i could get one locally?

i seem to be out of the loop, but does anyone know when dave matthews will announce their gorge concert dates or when tickets go on sale?

this has nothing to do with portland, but you are an opinionated group...

i need ear plugs. where can i get some good, effective ones, and what kind should i buy?

Anything fun Happening on Fat Tuesday???

Saturday is the 1000 Mask Mardi Gras Masquerade @ Rotture. It's a fundraiser and a fantastic costumed dance event, only $10 presale... Spacious Room for Rent near University of Portland - Available May 1st

I need someone to take over my lease in early May. The room is a spacious, open, master bedroom with tons of natural light. House is located less than a mile from the UP campus and less than a block from the bus line. Room includes tons of space, study/desk nook, walk in closet, and plenty of storage. Rent is $400 a month + utilities. Email me for more details lorinda.jensen@gmail.com Room is available beginning May 1st.

I have been informed that the Sasquatch! Music Festival lineup is to be announced tomorrow.

Do any of you have any clue what *time* that announcement might occur? My schedule is insane tomorrow and I need to make sure I'm not in class when I see it and (hopefully) go batshit crazy.