So I hope you won't mind if I post a little linky here to a calendar I made to celebrate the undeniable attractiveness of the incoming presidential administration. Available on etsy, get yours before the inauguration! (And please excuse the shameless self promotion!) 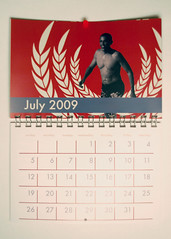 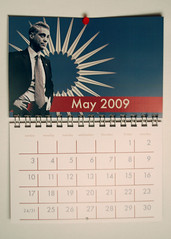 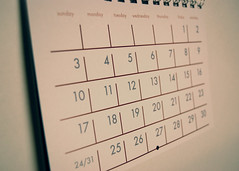 Open to: All, detailed results viewable to: All. Participants: 158

So, how about this weather?

So, you people who lived in snowy places, I have a question. Do I have to put on chains for this much snow, or should my regular good tires do the trick, so long as I drive carefully? Keep in mind that I've been driving all week w/o chains and have had no problems at all (except for the woman who BLEW THE FUCKING LIGHT last night at Lombard and Wall and made me brake hard and skid a little. Fuck you, lady, and thanks for the heart attack.).

So did it snow more this morning than it did on previous days, or is it just that because it is Saturday, there are less people driving on it?

Everything is still covered in a nice blanket of white out my window, I like it. I hope it doesn't get transformed into slush too quickly.

Has anyone seen Voyant Chai Cream Liqueur around town? It's not at my local liquor store and I do know that it is distributed in Oregon. I was kinda hoping maybe one of you nice people have seen it.

Thanks!
Per Amtrak today's departure of the Empire Builder from Portland to Chicago via Spokane has been cancelled due to the weather.  This train was sold out and for those looking to rebook, departures for the next couple of days are also sold out due to the upcoming holidays.  No replacement buses are being added to cover for the cancellation.

Post a picture of the view from your front door! Or equivalent!

Since I got an answer to my first question (thanks,

Thanks, you damn wonderful Portlanders!


EDIT: You know, stockings to put stuff in... like this kind of thing:

Per people stranded people at PDX, Southwest Airlines has cancelled all of today's flights in and out of PDX and many other airlines are beginning to cancel flights as well.  It is nearly impossible to log onto the website but check here: http://www.portofportland.com/flights.aspx or the airline's individual sites for further details.

Despite being in the midst of SNOWPOCALYPSE 2008, I have Crap To Do. I know about the public service closure lists (Tri-Met on Saturday schedule, but up to 20-30 minutes late, so no change there) and libraries and flight status and so forth. Does just a random "the mall is closed" and "Freddy's is closing at 8" kind of list exist anywhere?

I'm at the mercy of Tri-Met and am not looking forward to the possibility of slogging through all this just to find out that where I'm going is closed. Normally I'd call wherever to find out what's going on, but the added bonus is ...I'm not sure where I'm going yet. I need to forage for lunch somewhere and will end up just stopping wherever sounds good, but I also need to hit up several retail places in a Quest For Stupid Crap.

The reason I ask is that last Wednesday I was at Washington Square and half the stores were Closed at 5 Due To Weather. And we all know what happened at 5 last Wednesday. Today's dusting is actually a valid reason for closing up.
I'm looking for corks and, more particularly, sealing plastic - to put over the corks. I know Cost Ploo has the corks, and I'm hoping they have the plastic there, too. I will check Kitchen Kaboodle, too, but I'm just hoping that one of you craftastic types has seen them recently.

I know I'm WAAAAAAY late in this endeavor; I worked at the Container Store a few Holiday seasons ago, and I'd secretly giggle at all the last-minute craft-bottlers being OUTRAGED that we were out of decorative bottles the weekend before xmas.

I'm making bubble bath for my kiddie friends and want to make the bottles seal(ed) off. I suppose I could use wax....


Any leads will be wildly appreciated.

Delivery options other than Delivered Dish that are actually delivering today?

So, our failed attempt to drive through the snowy armageddon to get to Salt Lake City for the holidays has left my boyfriend and I stranded in the scenic Dulles. Um, yes, we are 90 miles away from Portland, but it took us all damn day to get here. (It's a long, boring story, and if anyone wants to sit in a car for six hours to get nowhere, I'll gladly share it. :)

My point: any damnportlanders know of a really great (or not-so-great but not terrible) place to eat in the Dulles? We're not feeling terribly picky about food types, but we're snotty Portlanders and would rather go somewhere on a recommendation than blindly walking in somewhere.

I just started watching the news again and was wondering if any power outages have been mentioned. My boyfriends brother just called and said he has been out of power since 10 am. He lives in the FEMA village in Vernonia since his house is still not livable. He also said they have 2 feet of snow.


Even a nope, haven't heard anything would be nice!

We switched to Monday to fly home. Lots of cancellations on our airline today into Portland, and I'm betting that will happen again tomorrow. I don't feel like getting stuck in Vegas, though I know some of you would!

Another day in sunny AZ, same some snow for me to play in, DP! Or at least have a nice hot, alcoholic hot cocoa for me.

Thanks for all your input and snow pics and descs. of the situation both here in DP and some of your journals. It helped us and stuff.

the brake lights on my 98 subie (impreza sport wagon) aren't working, and i was wondering if anyone has a fuse diagram (a jpeg or something you can post/send) that would show me which fuse controls these lights?

just spent like a half hour trying to find this info online and the intarwebz are failing me!

i've been really feeling hip hop and rap music lately (since i'm soooo sick of what i normally listen to) and i'm craving some new music. i think i feel like some cheesy (or good) 90's/80's rap though. recommendations? suggestions? i've pulled out everything i can think of, but i know i'm missing some stuff :) plus, then everyone can talk about the hip hop that they secretly like...

edit: you all pulled through :) thanks for all the suggestions...

I've been keeping up with DP the past few days, but forgive me if I missed a post about this.

1- Where is a good place in the city to go sledding? Night sledding (accessible, not too many obstructions that might crack your head open if your visibility isn't at 100%) especially? Super bonus points for east side, super-ultra-mega bonus points for N/NE.

2- Where can I buy a sled that would be open tonight or tomorrow morning? The cheap plastic kind? Or, alternatives that are easily attainable? (I don't have the traditional garbage can lid)

Finally, the might storm has forced my job to shut down the home office.
Behold, emergency teleworker to the rescue..for 4 hours.
Positives: I'm inside , it's warm, no leaving the house, and it's overtime.
Negatives: eh it's work.

Still, now I must find some movie to watch on my laptop. I've alreayd burned through dark knight twice this week.
Mayhaps a star wars movie..mindless, yet entertaining.

My parents are giving me a bunch of their old classic rock LPs (at least one benefit of rotting here in Florida on "vacation"). I want to be totally lame and mount them to my wall when I get back to PDX but I don't want to buy individual frames for them (too broke!) but I also do not want to ruin them or risk hurting them in anyway. Is there any kind of guaranteed tape or something that will stick to a wall but not hurt the art on the LPs?


EDIT: Also.. check the weather. What do you think my chances are of my Christmas evening flight into PDX being cancelled? I have to come back. I cannot make it much longer! Hot weather and family are killing me!

I'm waiting for a Xmas package from my mom which was mailed on Tuesday via Priority Mail. I heard on the news this afternoon that the Postal Service was reporting that they would try to get mail delivered today. I live in SE near Woodstock Blvd, and I have not received mail delivery today. I'm wondering if other people have seen their mailperson/received mail today. Where do you live and have you gotten mail today?

I actually have a New Years Eve off for the first time in...I don't even know how many years. I want to do something fun! Any good parties I should know about?

"Snowpocalypsi" as a term was suggested down at the Saturday Market post . . .

The phrase sounds to me like a new genre of music. Possibly involving steel drums and jingle bells . . . .

Just a quick question: for some reason Limewire just stopped working for me, I've been using it for a while and boom, it just up and stopped when I wanted to try and make an x-mess CD to cheer myself up, dammit! Anyways, it's the only "free music" downloading thing I've ever used, and so I'm here asking the brilliant and computer savvy DeePee'ers if you might know of any other free music sharing programs that are similar I can check out (and that hopefully won't destroy my computer & are relatively easy to use/install) - I don't know a lot about computers so I don't want to just throw anything on mine, so some great advice would be just lovely :-) Thanks in advance! HAPPY trapped-in-the-house SNOW DAY!

Where can I go to play ping-pong? Bars, sports centers, wherever! The lower the cost the better (and the closer in...I'm in inner N/NE), but I'm looking for any place with a table and paddles/balls to use/rent. I know there's a bar on alberta with an outdoor table (is it there in the wintertime?)

Since a couple of folks asked me to let them know about Saturday Market, yes, it was there today. Pending snowpocalypsi and steel drums, I imagine it will be there tomorrow.

Thanks again for all of your advice, suggestions, snark, offers to knit stockings (you rule!), and endless entertainment. Portland, I loves you.

OMG SNOWWWWWWWW!!!!!!!!!!
Someone tell me stuff about Toledo.
I am snowed for the day and need to entertain myself with random chicanery.
someone in NW portland go play in the snow with me. I demand it. It's way too tempting to stay inside.

Now, just to remind everyone that this awesome weather won't last: 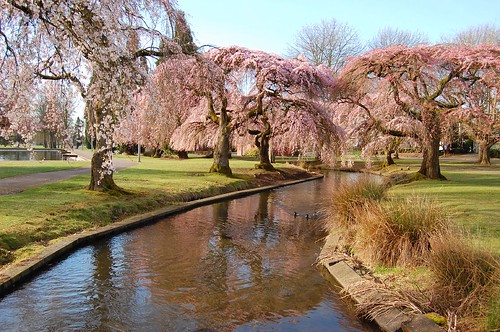 Apparently taken in Sellwood? What park is this?