(Accidental breeding.. someone didn't think
a 9-month old dog could father a littler)

Sorry about the sleeze factor of this..
but the pups are 6 weeks now and need homes! I admit it: I'm obsessing over the upcoming election, and one way I'm getting my daily (hourly?) fix is by going to Five Thirty Eight, a web site that's run by a bunch of baseball statisticians (read: number nerds). It's a great site, with lots of insight into the constantly shifting polling tides.

Anyway, on the site today is an article indicating that Oregon mail-in voting volumes are down all over the state compared to the same point in time in 2004. In the Portland metro area, we're down 16% from where we were in 2004, seven days into the voting cycle.

The article is optimistic that people are just more comfortable sending their ballots in later, but I figured it'd be a good idea to say something here. Beloved DamnPortlanders, your vote DOES matter. This election is not "in the bag" for anyone. If you don't get that DamnVote in, terrible things could happen!

I looked back a few days and did not see this question asked (well, it was asked but only one person replied) and answered well so I ask here: Where is the scariest and most frightening Haunted House in these parts? I am taking a couple of kids that are always like, "It wasn't that scary..." whenever we go to a haunted house. This year I want them freaked out, man.

As of yesterday, Multinomah County has turned in 30% of their ballots.

What are you waiting for, people?!?

Friday is the LAST DAY to mail in your ballot! After that, you need to drop it off at a drop box (you can find the nearest one here).

There's a rumor going around that you need 59¢ postage for your ballot. This only applies to Lane County (Eugene area). Everywhere else in Oregon, it's 42¢. Also, the Secretary of State has stated personally that ballots with only 42¢ postage will be delivered, even if they would normally require more postage.

If you want to just save the postage and drop it off, you can find the drop-off sites for your county here.

We've been back and forth with our old ones regarding our security. They've been pretty shady since day one, I think I've posted about it here. First she tried to arrange the walk-through by themselves. All was fine except for a stain on the rug, and we left it as we'd be responsible for the carpet cleaning. Cool.

Then two weeks ago I get an email with all this crazy shit- cat spray on the walls (mine never left the shelters w/o being fixed), odd smells, and TEN cat urine stains on the carpet (no way, and wouldn't you SEE/SMELL during the walk-through?). Oh, and an odd smell emenating from the air ducts claiming that there was cat shit and litter in the vents. (There may have been some litter in the one in the kitchen near where the garbage is, but the grates are far too small unless I shoved the shit through).
When I called her on this, she backtracked big time. Now the carpet cleaning had a 30 day guarantee, so I shouldn't worry about it.
They're handing over the receipts this week, and I'm nervous that we'll be paying for their home improvements.
Obviously I'm not going to quarrel with the carpet cleaning unless there's a separate charge for pet stains. But the vent cleaning is bugging me because it can run up to be a lot of money.
Many pictures were taken both in move in and move out.

If my worst-case in this comes through and she does bill us for more than we're responsible, what are my options to prove that? I'd be obviously going to whoever does the air duct cleaning and making sad eyes to find out what actually happened/was found.
On a personal note, I loathe them, they were by far the worst LLs I've ever had, and don't want them to get a penny more. 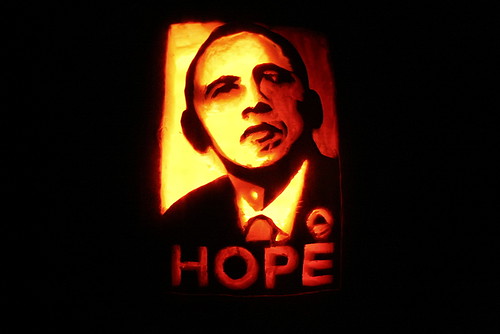 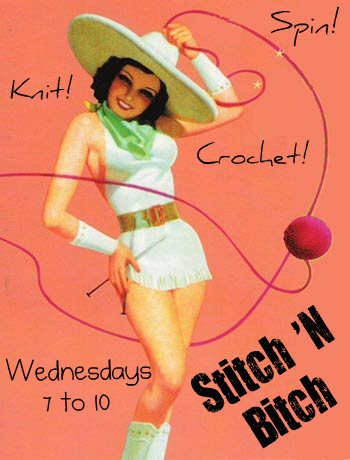 
If you come, maybe I'll show you how to knit a vulva!

right now i'm eating what has to be the best coffee cake i've ever consumed in portland. it's at Redwing on SE 6th and Market. it's moist, has just the right amount of apples in it, and the topping is super-sugary and amazing! as a bonus their coffee is really damn good too.

in your opinion, where is the best coffee cake in town?

No, not the snake kind, I've got one of those already. I need a cheap white boa for my halloween costume, preferably not actual feathers, but if it's cheap I'll take it. Shouldn't be too hard to find, right? I've checked the Goodwill by Lloyd, the Dollar Tree by Lloyd, the pink vintage store on Hawthorne, Red Light, Dollar Scholar, Safeway, Alteration Nation, and Metro. Metro has them but they're $13. :/ East side preferred.

I've got a couple of old 802.11g USB wifi gadgets that I don't use. They work, but the drivers kind of suck if you are connecting with a password-protected network; they tend to forget your password, and you have to keep re-entering it. And that's on Windows the drivers are even worse for the Mac, where you sometimes have to re-enter the password five times for it to work. But they're fine if you don't have to contend with passwords on your wifi.

They cost me a pretty penny back in the day, but since I'm not using them anyway, I'd be willing to part with them for whatever you can offer. $20? A beer? A really funny LOL-cat? Whatever, if you're interested and you use non-password-protected wifi, they're way better than nothing, FWIW.

Anyway, if you want to look them up, they're D-Link DWL-G122, and they come with both the USB transmitter thingy and a USB extender cord for better reception. Lemme know.

Also known as the "Mooooonchiiiiild!" meetup.

I spend a fair amount of time in the evenings sitting on my stoop watching things happen and while doing so two days ago I watched one of my neighbor's dogs scare the living daylights out of two young women walking by on the opposite side of the street from the dog's house. The person responsible for the dog came and collected it (after at least a full 2 minutes of the two kids screaming and being backed up by the dog), I was pretty horrified by the whole thing but didn't think too much of it.

Today I biked past their house (it's two houses away from mine) and it barked at me like crazy, got pretty close to me and actually chased me a bit. It's human yelled but didn't really make any moves to change the situation or apologize to me at all.

This dog is lab-like but not a lab, black and pissed off. I've seen this dog outside, off leash and frequently unaccompanied by a human at least a half dozen times now. It obviously barks at folks and actually raised it's hackles at me. I like dogs a lot and wouldn't describe myself as scared of them, but this dog had me worried.

What should I do here? I'm hesitant to have my very first interaction with a neighbor be me knocking on their door to inform them that just letting the dog outside to harass people is NOT ok...but I can't think of much else to be done.
Write a letter? Wait until it happens again?
There are so many things wrong here; not the least of which being that the dog is just running about in the street and could get hurt, but I want to be polite about this since I have only seen this happen twice.

p.s. if this is your dog...well...consider yourself informed and drop me a note here letting me know that you read it so I don't come knocking awkwardly on your door later.

I am moving to your damn town very soon. To reduce the eventual snark, I give you this:

Remember me with love, people, and don't say I never gave you anything!


edited because i really do plan on bringing my grammar skillz with me.
I know I can find movies on the internet... but I like browsing. I am looking for an old Quay brothers movie. Where is a good place to shop for unusual movies?

Where do you buy your rennet?

Bonus points! Where in Southwest do you buy 'em?

Start your freaking out:
Dr. Who quits.

So here's the deal. I just bought a new gaming computer, and now I have to make a choice. I have been playing WoW for quite a while, and I'm sort of interested in seeing what Lich King is all about. However, I'm also very interested in checking out this Pirates of the Burning Sea game. I can only really do one or the other.

What say you, wise Portlanders?

Portland related because well I'm moving to Portland and I'm going to be playing one of those games there, so yeah.

Does anyone know where I can get McCain/Palin buttons and other flair in Portland. The closer to downtown the better. I need some Republican flair for my Halloween costume and my googlefu is apparently not up to the task.

I'm going as a college Republican. It's the scariest thing I could think of doing without taking so much time that I would fail my midterms.

Hey Portland! Where are you going to be on election night?

I'm sure there is a better name for it - but for now, practicality wins out!

I'll be hosting a weekly Thursday night and occasional Friday morning knitting group in Hillsboro. If you're interested, feel free to comment here and I'll forward you the information!

Tomorrow evening is the inaugural night - I may be working on my son's Halloween costume, but will be working on some knitting as well!

Crochet, handsewing, knitting -- all of you are welcome to attend.

If you are looking for a last minute costume and don't care a whole lot about originality, I have one of those Keg costumes that you can have for free if you can pick it up. It actually holds a little bit of liquid. Looks like the costume seen here: http://www.buycostumes.com/Beer-Keg-Adult-Costume/18974/ProductDetail.aspx

I'm downtown between 8-5 and in Beaverton in the evenings.

where can i get an inexpensive cane?!?!?

...for a good stylist/barber? anywhere in the NE/SE would be good. i'm pretty simple and lean more towards the punk than the preppy. cost isn't an issue.
Collapse