I know I asked this before, but I can't find it in the memories, ljseek, or any other method of search.

Who do you recommend for body waxing? I am looking into bikini, brazilian, and legs.

Close to N/NE a plus, but not a necessity.

Anyone else remember this commercial?

Now I just gotta find "wash your hands after going to the bathroom cause we don't want to spread hepatitis" and "what about frogs? I like frogs!"

...or is it "portlandian"? whatever. i posted here a few months back stating that i was thinking of moving here. so here i am. in the few weeks i've been here, i've (like some one here told me i would) fallen in love with this city. i don't really know any one yet. every one i've met seems really cool. i hope it stays that way for the most part. i pretty much sold all of my belongings to get here. i didn't need all that crap any way. i moved here from asheville NC, but i originally hail from richmond VA (which is sort of like a sister city to PDX). anyway, i rarely post on LJ any more, but feel free to add me here or on myspace. like anyone else that's new to a city, i'm looking to network. if anyone remembers me from before, thanks for all the heads-up, info, kind regards, and encouragement to get here. the job market is damned tough here. i can see that, but it's not as bad as the mid-atlantic.

Hi, I'm feeling much better. Now I will make you all hate me with some confrontational (and not always entirely serious) thoughts on Ralph Nader:

I think that anyone who blames Nader for Bush must somehow be unaware that the election was stolen.

I think that anyone who thinks Nader magically turned from "nice guy who helps us against evil" to "bad guy who ruined the country for selfish reasons" either knows next to nothing about Nader or is trying to trick people into not paying attention to him.

I think that anyone who thinks the Democratic Party is liberal must be a Republican.

I think that anyone who trusts a person in power in either major political party is very naive.

I think that anyone who votes strategically (example: "I like Nader more than Obama but I'm going to vote for Obama because I don't want McCain to win") is misusing democracy.

Finally, I think that anyone who doesn't like Obama or McCain but hasn't bothered to learn anything about the third-party candidates... well, they should do that. Here are some links: Ralph Nader, Bob Barr (Libertarian), Cynthia McKinney (Green, female).

Also: For those of you who think that the only result of a Nader campaign is that Obama will lose votes, read this.

I have ants everywhere in my kitchen and a nice line down the wall of the hallway to the front door. I want them gone.

I had them earlier this summer, but I also had a disgusting roommate and once I convinced her the ants wouldn't go away until she stopped putting her garbage in piles on the counter instead of in the garbage can, they stopped hanging around.

Now they're back in full force and like double or triple the numbers. New roommate and I are very clean and have totally scrubbed the place down to no avail so it's definitely not a cleaning issue.
She bought some ant trap/killer things which didn't help at all either.

Is there anything that does work? Cause it's pretty damn disgusting.

Specifically the one on 82nd. One of our pet rats has an URI, and I was thinking about shuttling her up there instead of dragging her all the way to our regular vet on Powell and 36th, since (after 13 rats) I know what's wrong with her and just need some anti-biotics.
Anyone have good/bad experiences with 'em?

It would be difficult to convey how bad they actually taste without validating Christian mythology by affirming the existence of Satan.

This has been a Public Service Announcement.

We're in the process of getting our studio ready to open, and we need to find someone to do some construction work on the space before we open. Here's the work we need to do before the place is ready to open:

If you are a contractor or electrician who is licensed and bonded to work on commercial property (or know one), please contact us right away. We'd love to give our business to another small business out there.

As mentioned before, I thought maybe it would be fun if I posted a word or expression that we use back home (Australia) and see who of my fellow DPs can guess it's meaning (no google fu help tho).  Just a fun way to share a bit of my culture with folks.

Portland related bc I'm an Aussie living in Portland? :oD

Word:    Stubbies (there are two Aussie definitions for it, actually)

Answer will be posted later today unless it's guessed first.

P.S. If you are an Aussie or a Brit and know straight away (OR IF YOU GOOGLE THE ANSWER) could you hold off on posting your answer so those folks who are guessing can have fun for a few wee hours first?  Much appreciated. :o)

P.P.S. it wouldn't me add a tag so not sure how else to tag this, per the request last time.

has anyone tried Cricket Broadband? how's it working for you? i'm in desperate need of internet access at home but don't feel like getting anally raped by comcast.

thanks for your opinions!

The American Family Association (a bunch of fundamentalist wankers) has created a form to tell those godless, gay-loving heathens at Hallmark how...well...godless and gay-loving they are for creating gay marriage greeting cards.

There is a form, editable by anyone, that sends email (for the purposes of hate speech, preferably) to those in charge of making this gay-friendly decision.

They want to fill Chairman Hall's inbox with hate. Let us, instead, fill it with love.

(linked from my friend

No, this isn't pornspam, it's Science!

I've only ever put it in Ramen/Cup O' Noodles. Or *ahem* dobbed it on my finger and licked it off. I'd straight up use it as ketchup if I weren't so prone to acid reflux. What else is it paired with, commonly?

no, it's not related to lap dancin'

i wanna swim laps, downtown. it would appear that the MLC pool on NW Glisan is closed forever (according to portland Parks & Rec aquatics people, who were incidentally quite helpful, even referring me to private facilities in the area when they delivered the bad news). since i live a block from that pool, it makes me sad, but i'll take what i can get. I'm gonna go check out the fitness club that's associated with the YWCA on SW 10th tomorrow, since they have a 25m indoor lap pool, but they cost $100+$41/mo, which is a little steep to use the pool for maybe 15 hours a month. anyone know anywhere cheaper on the west side of the river and not too far south or over the hills? bonus points for non-chlorinated and temperature controlled is pretty much a necessity, since i wanna swim all winter, and for more than 15 minutes at a go, without going all hypothermic.

Does Garbarino Disposal have a website? I am moving tomorrow and need to set up the service(I have never had to pay garbage before), but can't find a website. I tried calling but they have weird office hours of 8am-4pm and really, who doesn't have a website?

I will be renting out a property in a couple months and need to have a third party handle it.  Can you recommend a property management company that handles private residences?  If you've rented a house or duplex, etc. from a company and had a good experience, I'd love to have their name.

I have a bit of a problem. I caught the bouquet at a friend's wedding and I don't know what to do with it. I asked her if she would like to have it back to preserve it and she said "No, it's yours now, I'd like you to have it." But she gave me the impression that I should have it preserved or find a way to hang onto it. I'd feel guilty if I just tossed it out once it died, but I also don't have a lot of money to invest in saving it. And I know I can preserve it myself but I really don't have the time to figure it all out. So, can someone recommend somewhere local that could press or dry them nicely for a minimal fee. Or does anyone know a really easy way to preserve them on my own that I haven't thought of? They're dying in my fridge as I type this and I feel awful. Please help me Portland! Thanks :)

Here is the style of bouquet I'm working with.

So, I just bought a house and I'm interested in having a gas line installed for a stove and a dryer. Any idea what kind of cost I'm looking at? There is already a gas line about 10 feet from where I want the two drops run and they are pretty much on opposite sides of the wall. Thoughts? Ideas on cost? 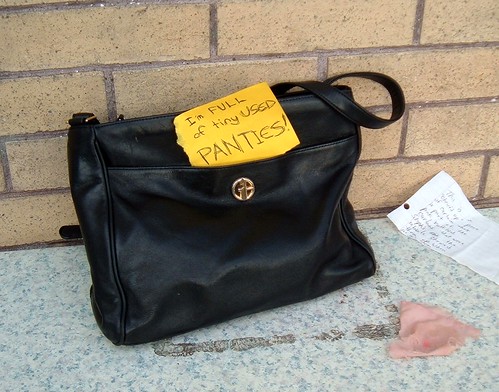 Anyone know what's wrong with my tomatoes? This is the first year I've done my own garden (my parents always had one growing up in Boise) but I've never seen tomatoes look like this before. wth?

Tomorrow, my friend and I are headed to celebrate our last week of freedom before school starts next week. We plan on hitting Powells and Red Light, both on Burnside. Are there any stores/places of interest/etc within walking distance?

Anyone? Anyone?
Do you have suggestions for a fabulous place to take a visiting friend for sashimi?

A very dear friend is visiting friday from a place she can't get fresh sea food. There aren't any Palauan or similar restaurants in the area are there? That would rock.

So, I'm moving, didya hear? .  I'm getting rid of LOTS OF STUFF.  Some of it is COOL and REALLY REASONABLY priced.  I will post this on Craigslist after Labor day weekend.  Probably not able to coordinate pick-ups until then.

Let me know if you're interested or PLEASE pass along to anyone who is.  nicole.mccullough at gmail dot com

Pictures and info behind the cut to spare you further annoyance....