After an uneventful crash and burn at say 11 30ish, I"m wide awake and just staring at my PC screen. I had thought I'd working on my Tao of Snarky comic. Instead, the brilliant white light from my Toshiba laptop is frying my gray matter. Huzzah for Insomnia.

I wonder if it's genetic since my grandfather and mother have it.

I'm taking some visitors to Astoria next weekend, looking for a cool place to stay, like seaside cabins or just anything out of the ordinary motel thing. Any ideas?

Oh yeah, and my 3-month old son will be with us, so it has to be kid-friendly...

One of my neighbors is moving out. I talked to the landlord today and he said it would be available around the 18th of August. It may be a little later since he wants to replace the carpet in it.

I have not seen the unit myself but if it is like mine then it is mostly hardwood floors, carpeted bedrooms, 1 bathroom with a shower stall instead of a tub, and the heat is from those square wall forced air units. Ceiling fans in the living room and main bedroom. Small kitchen with no dishwasher. There is a washer and dryer available for $1 each per use.

I am paying $800 but he did not say exactly how much he was wanting for this unit. Apparently he has posted the unit on CL but I can't find it.

You can contact him directly at larry.schork@sbcglobal.net He is a great landlord. He lives in California so he is not on top of you all the time but if something goes wrong he has people out to take care of it immediately. Thus far he is the best landlord I have ever had. He is also cool with people getting DirecTV or Dish Network if you don't want Comcast, and he doesn't mind small pets.

If you contact him about the unit please tell him Scott sent you and that you are from the community that I was telling him about. He might be willing to cut you a deal.

Can anybody tell me somewhere in the downtown or Barbur areas to buy worms, crickets and other amphibian foods and accessories?

Say, theoretically, you had just purchased a smallish raft and were looking for lazy floats within an hour's drive or so. Where would you go?

Monday, July 28, 9PM, the Robinson Archive proudly presents
WALK IN MY SHOES - (1963, CRM, b/w)
Explores the world of the black American, picturing city and country people from all economic strata. Includes interviews with a taxi driver in New York, comedian Dick Gregory, some Black Muslims and a New York lawyer in which they express their views about Martin Luther King, rapid integration, the NAACP, the Black Muslims and the freedom riders.

Every Monday of the summer, come join us for a free movie under the stars!
Free admission • Show starts at 9pm • All ages welcome!
Mississippi Station • 3943 North Mississippi, Portland, OR 97227 • 503-517-5751
http://www.mississippistation.com

Monday Movies happens every Monday of the summer on Mississippi Station's patio. These are authentic 16mm vintage prints. No DVD's, no video, no digital. A complete schedule is available at www.myspace.com/mondaymovie.

Anyone going to Chromeo tomorrow night?? Aren't you super excited?!!?!?

i may be getting my macbook soon.
which means i will be getting an ipod nano (or itouch).
if you want the itouch, i will sell you the itouch for a little less than what it sells for right now. it will be the 8gb so you're looking to spend $299 in stores. i will sell it to you for, say, $279.
i also have the choice of getting the ipod nano, also 8gb. if you're interested, i'll sell that for, say, $179. if you want that , tell me which color.
fyi: i will be leaving for taiwan so i will get my computer before the last week of august.

also, if you know anyone who wants to buy either the itouch or nano, tell themmmm and tell me.
let's do this!!!

I'm thinking of taking 2 classes. One in November and one in December. They're both online classes. I won't have the money to pay for each of them until about 1 week before the class starts. Do you think if I sign up and pay 1 week before the classes start that'll be okay? I don't know if there's an enrollment limit on online classes like there are regular classes. Or if you need to be registered early and pay at the beginning of the term (they're technically fall classes), in which case I won't be able to afford it.

sistermaryeris, so here's your notice! 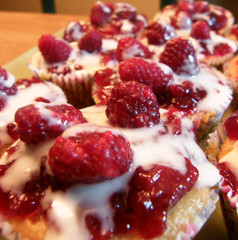 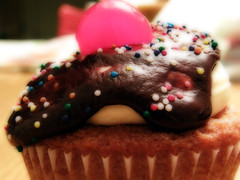 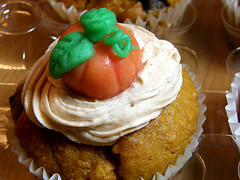 Plenty of other flavors available.

Thanks for your indulgence and support. Get me at drjeff at gmail if you need info.

So me and my sister went to the Brewfest today, and after I got a more than a bit buzzed I finally asked her just why she doesn't like beer. It's too bitter she says. Now this rings a bell so I ask her why she doesn't drink coffee--same thing. Anyways, it turns out that she can taste things in food that others can't, mostly metals and bitterness, and now we we're wondering if she's a Supertaster. She'd LOVE to have an excuse as to why she can't drink beer and coffee, as a kid she HATED chocolate (now she's fine with it, as long as it's not dark). It would probably also explain why she became a cook. Does anyone know where or how she can get tested?

I need some of that wrought iron diamondy patio furniture, a table and chairs to seat at least 4, maybe 6, preferably in black. From where can I get it delivered most expediently? I thought about Cregzlst but eff that. Unless you have some you wanna sell and are willing to drop it off for extra munnies, or know somebody like that.

Also, he has Open Access Plus insurance through Cigna, which brings up the following doctors under a search for "pain management" in or near Portland, OR. Does anybody have any experience ( Collapse )

Hi, my husband and I are both allergic to grass so we’re looking for someone who can maintain our yard. We have a very small front yard and a regular size backyard. We need someone to come over twice a month to weed and mow the grass. You must have your own mower and ability to haul away debris.
We live in SE, south Mt. Tabor area – any recommendations will be greatly appreciated!

what the hell is up with people setting off GIANT fireworks in SE on JULY 26?? my pets are not happy.

Hey DP,
I've been living with a lover. She moved in after being evicted by a previous landlord. She has never been on the lease, nor have we negotiated this as a sublet. We have no written contract, and I have been supporting her financially, paying all utilities and rent. She has contributed about $1000 towards our living expenses over the past year or so.

Our relationship recently ended, and I would like for her to leave my home. Do I need to give a formal notice (30 days or something like that), or is it legally permissible for me to ask her to leave by the end of the week?