Wednesday evening around 8 pm, coming in from the west hills, hovering near the Fremont, then back to the west?

Looks Flugtag-y, and they are supposed to fly...but not quite so high! 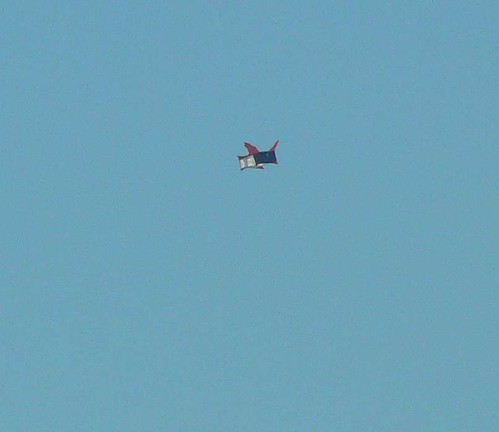 Notice the URL of this pic: http://p-stat.livejournal.com/voxhtml/cityscape-portland/header.png. Anybody know what LJ content this is part of? Peeling back the URL just produces a bunch of error 200, directory listing denied. I found banners for a few other cities by changing the URL, including Boston, London, and L.A.

We get wet, your dog gets clean, you support a great cause which helps find forever homes for abandoned dogs. Indigo Rescue also specifically rescues pets from the Washington County shelter when perfectly adoptable dogs are out of time. If they're not perfectly adoptable health-wise, Indigo also works with a local vet to make them better and thus adoptable.

4744 NW Bethany Blvd.
Portland, OR 97229
In the QFC Shopping center in Bethany Village. As you're facing QFC, it's right, around the corner from Godfather's Pizza.

Does anyone here perform or can recommend someone who performs house cleansings?


It is not something that I know very much about, or am really "in to," but I figured that it cannot hurt to try. My house has a long and terrible history of drug abuse, torture, death, and other various crime and agony. It seems to me that the house is holding onto that history and I'd like to give it a new soul before I give it a new face, or something like that.


Thank you for your time.

I recently moved to Portland and my family (parents and sister) are coming to visit the first week of August.  I was wondering if anyone had any suggestions for things to do in Portland that are relatively low cost and fun. My only idea so far is taking them on a hike in the gorge.  I checked out OMSI's website but I can't tell if the price of admission is worth it.  My sister and I are in our 20s and both of my parents are physically fit.

ok peoples, if you haven't been to diprima dolci, you must go.  yes, pastries.  yes, real fucking cannoli.  yes, zeppoli on the last saturday of the month.  but did you know dinner?  antipasti?  wine?  uh huh.  friday and saturday.  eat in the lovely garden, or inside if you're a morlock.  just eat, ok?

and say hi to pat diprima - she's a nice lady.

I just found out about this place called Moody's that has some awesome donuts. Voodoo, this ain't. Just good old-fashioned cake donuts for $1 each. It's a bit hard to find- 25th and Belmont in the backyard of the Jumping Frog Cafe. And here's the kicker- only open Sundays from 9 to 2. That's it. Probably since it's a tiny shack and they can only make one donut at a time.

So the other day I was heading to work on 205 south just heading into Gladstone, minding my own business, around 9 pm. Yeah, I know, but I work a 24 hour shift, 10 pm to 10 pm. Anyway, I happen to notice a cop getting onto the freeway and pulling into the lane behind me. It was dark enough that I couldn't see that it was a cop car, once it was behind me, because of their headlights - I was just glad I'd noticed the light rack while they were still a lane over. And the next thing you know, they start tailgating me! Hell no, you are NOT going to tailgate me into speeding and then giving me a speeding ticket for it! So I put on my cruise control, just a hair under 55. And they follow me for the next several miles, pulling right up to my tail and then backing off a bit, over and over. This is starting to seriously freak me out. I am being the most boring driver imaginable - not changing lanes, not varying my speed, playing nice with other drivers wanting to merge into my lane, etc. Heh, maybe the playing nice with the merge made them suspicious. ;) Anyway, for those of you who don't know that part of 205, as you head through West Linn there is a stretch where the freeway goes down a fairly long slope and the speed limit increases to 65 at the bottom of the hill. Most people speed up as soon as they hit that downhill stretch. I figure the cops are waiting for me to do just that, so I watched my speedometer like a hawk as we crested the hill, in case my cruise control was of the type that doesn't slow you down to maintin the speed, just keeps you from dropping below it (it's an older car, it's possible). Nope, still rock solid just below 55 mph, and suddenly the cops put their lights on. WTF? So I pull over - nice wide shoulder on that hill anyway - and wait for them to tell what they're smoking. Seriously, I was doing NOTHING wrong. Well, one of them comes to my window and says that they ran my plate and it looked to be expired.

Okay, so I bought the car used just a few weeks ago. Went to the DMV that same day to fill out forms and write them a bloody ONE HUNDRED AND SIXTY DOLLAR check, because the mechanic I bought it from never bothered to put the title in his name, though he's had it for a couple of years, so I have to pay the late fees and shit as well. I have the DMV form, but (being the super-speedy machine that they are...) they haven't processed it yet. And never mind the fact that I HAVE CURRENT TAGS ON THE PLATE, the system still showed that the car was unregistered for the past several years because the DMV is slow.

Of course, it all got straightened out fairly quickly. And I heard the second cop (who stayed by the cop car) coaching the first one at one point before he came to my window. So I'm guessing he was training a rookie. But still, WTF were they running my plates for???? Creepy shit.

Anyone know of a store in the Portland area (Beaverton/Gresham etc would be ok, not great though) that sells a cheap-ish costume-like version of Marilyn Monroe's white dress?  I found it online but am afraid it won't get here in time (I need it for next weekend).  Thanks!
Heya DP.

Yesterday was my birfday (YAY 24 WOO) and I had a party that not many people went to. I didn't have cake, didn't get free drinks, NOTHING.

So I wanted to go out tonight for my birthday dinner. Anyone know of a place that might still give me freebies? Looking for something easily accessible from the 71 line, but I can make transfers if necessary.

beyond the obit in the paper is there any way to find out how someone died (with out being a douche and calling the family or something along those lines)? Are death records public records?

A friend of mine is moving to Portland in mid-September and will be looking for a room. She'd like a place in SE, has a 6lb pug, and is super easygoing. She'd like to pay between $450-$500. Anyone know or have anything coming open then? Thanks in advance!

Anyone else see Eddie Izzard walking around downtown today?

Curious: Did one of you guys call me at work today?
I can't think of anywhere else that call would come from.

Where are the good ones??? Hellboy II is fun, Wanted has James McAvoy, but seriously.. Eddie Murphy's body invaded by ALIENS??? Pluueese. Gas is too expensive to go anywhere on vacation - so you'd think the movie biz would bring us something good. Oh well...any suggestions?

what do you do with your expired medicine?

I heard you're not supposed to flush it or throw it away, so uhh, what do you do? Anyone know of a pharmacy in the area that takes expired/unused stuff to dispose of properly?

How free do you feel?

anyone have experience selling old, rare books? i could use some advice. thanks!

So did anyone else (excluding

bluecurlystraw) hear the really loud boom in Aloha about 5 minutes ago? It was loud and deep, short duration, but definitely not a firecracker.

bluecurlystraw were outside and saw a blue-white flash, which makes them think transformer explosion. We're at Elmonica - 170th and Baseline. All the neighbors were out, wandering around trying to figure out what it was...and now some jackass is setting off firecrackers.

I accidentally cracked my windshield while I was washing my car today. I am going to need some windshield repair. Can anyone recommend a good service that can fix a couple of chips and a smallish edge crack?

Is professional windshield repair any better than the DIY chip kits you can get at the hardware store?
A long time ago I took an onlline job quiz/career test for free that suggested specific occupations for me and that linked to (I think) department of labor job statistics/forecasts on the careers that came up. However, I cannot for the life of me remember where it is, and I would LOVE to pass on the info to someone I know who really wants to make a career change.

Also if anyone can give me an idea of how to reproduce the gravy on the sweet potatoes with curry gravy at crush, I would be most appreciative. Specifics or general pointers (towards websites, etc.) would be great, since I am not really a maker of curry or gravy (but would like to be). I'm pretty solid on making the potatoes themselves. Wait, should I mention that they're vegan? Ha.