I walked to Crown Point, like I promised.
It is quite the trip!
As could be imagined, the google map of the area, while helpful, doesn't really convey everything you need to know...such as the fact that those roads are really hilly!
Which is why I didn't really plan for all the time I was going to take, and ended up walking back along the Columbia River Highway after dark. If anyone here wants an idea of something really dangerous, and unfun to do, walking along the Columbia River Highway after dark is high up on the list. Especially because someone purposely tried to swerve and hit me.
Anyway, its interesting land, from many viewpoints. Of course, the obvious, literal viewpoint takes the cake, but there is more to see of East Multnomah County then just the expansive view of the Columbia River. Springdale, in particular, struck me as a really atmospheric place...but that is perhaps just because I walked into it just as it was getting really dark.
Also, I found an unopened can of Bud Light by the side of the road! Awesome!

Mornin' Folks.
Quick Car Question.
My car battery is DEAD.I mean dead...won't turn over.At all.I know it is the battery (just had some other work on it and they warned us the battery was pretty old and on its way out.)
My question is this:

Does anyone know of a place to get either a re-built battery or a used one? I know INTERSTATE BATTERY sells re-builts for like,$25 but they are only open M-F,and I don't have time during the week to go all the way out to 122nd on the bus.So does anyone know of any place that sells these cheap batteries that is open on the weekends? Places in No.Po a +.

So these birdies have found our backyard and our water feature. Anyone have an idea of what kind of bird they are? 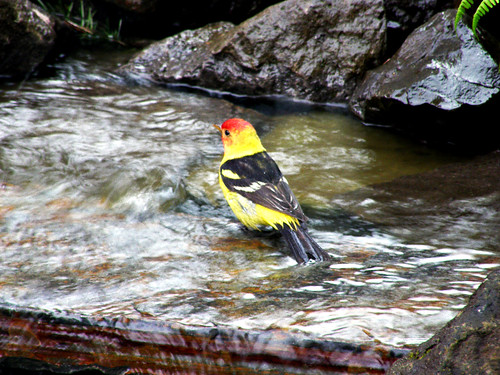 My iPod decided to crap out on me, for no reason. Is the only Apple Store in PDX in Pioneer Place?

Edit: We're good, for now... I got my iPod working again.

this will be awesome. i promise. come one, come all!

is there any dealership around that has a good selection of diesel cars or trucks? i need a car for my job and i feel so guilty polluting and buying gas. it needs to be a dealership because i can only do payments...

there is mad activity between alder and stark on se 30th. is there some kind of filming going on? and what is that huge building there anyway?

I got a weird text from

"If you love me you will link k lite on dp." I'm not sure WHY, but shit, it's Saturday and I'm bored. Except that the web page I found for it 404s and the site that MIGHT be helpful is all with the HAY I'M APACHE AND I'M WORKING FOR YOU!. So I TRIED, Dawn.

My friends place in Sweden Doesn't this ring a bell of Portland style? It's SO Southeast/Northeast lol. She didn't get what I meant when I said it reminded me of Portland. I know you guys can see it. Can you?
Hey,

My friend just turned 18 and she wants to go to a strip club, I don't know which ones are 18 and older instead of 21 and older. I know of "casa diablo" (Vegan/Veg right?) but I have no idea what ages they run too...

Anyway, anyone have some ideas?

where are some good places to eat/drink in portland that have comfortable booths and don't mind you hanging out for a while?  the only place i can ever think of is dots, which is perfect for what i'm looking for, but you can only go to dots so many times.  where do you go when you want to be cozy in a booth (aka not unpadded wooden booths) and eat and drink and maybe do some homework or hang out with a friend or write or something?  preferably se, but can be elsewhere.

Where can I purchase Special Effects hair dye around town? (I need in some shade of purple.)

Hot Topic no longer sells it and I don't trust their new brand.

Anyone recommend a sushi place in NE with pleasant ambiance?

Tomorrow is the last day EVER for Last Chance Vintage, the vintage sale I operate in my basement. I'm moving into an apartment soon and so expect some great deals!

Bring your cash, your friends, and your mom!

my boytoy (yes I just typed boytoy) is in town for a month (!!!) and he's desperate for a bike. do you have one you'd be willing to rent or loan for that amount of time? or do you have any ideas (other than craigslist, various bike shops)?? (he's 6'2 by the way)

i had a great time dancing to the eighties music with you at the fez last night. i love you all - really, i do. the absinthe was a nice touch. however, i am a little upset about the incident where one of you elbowed my glasses off of my face just after dancing to 'pour some sugar on me'. my lovely brown tortoise shell spectacles flew off into the sea of dancing dp-ers and were not to be found. i was fortunate enough to have a sober and sighted dance partner to bring me home.

i am sad without my eyes. please help.

Anyone want to trade some veggie starts? I have six 4" or taller broccoli plants left over from a flat I bought last week that I'd love to trade for some other veggie starts.

What do you have?

PS - I can pick-up if you live in Portland.

Is there a place I can get something notarized tonight? For not an ungodly sum of money (like, under $10?) Does Kinkos do this?

Who the hell is Darklady and what’s with these parties she throws? Find out during the first-ever Darklady’s Mid-Party Social Night at the Mt. Tabor Theater’s Legacy Lounge.

Meet Darklings, volunteers, and performers, catch up with party friends, or just have a great time in a great lounge with some great people.

Enjoy a $6.50 spaghetti buffet while you play ping pong and watch -- or compete -- in the main theater’s trike races.

One more thing for bikers to worry about 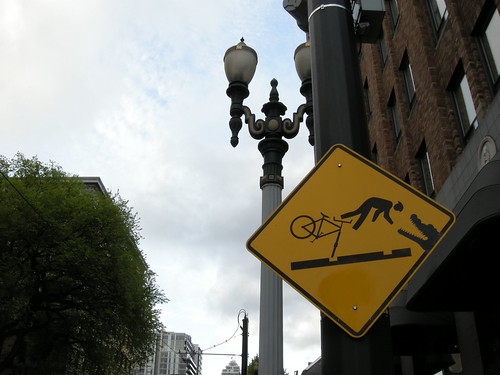