So, today (roughly whenever I get in gear and decide to leave the house, first time in a while..) is the day I take Isis to get spayed.

The place is Peninsula Cat & Dog Clinic, anyone have anything to say about them? It's only 10 dollars, I got a grant through Animal Aid.. so she's definitely going, I just.. want to know if I should be wary.

Also- How's traffic around N. Interstate at like 10:30am? The place is 5313 N. Interstate, I live in Clackamas (like two blocks from 82nd, which I plan to use instead of going freeway-style).

Also- wtf at this 'tampons are the devil' bullshit? Seriously? I mean, don't get me wrong, I'd love it if everyone had blood-stained EVERYTHING.. but that's not very realistic. And tampons are no worse than cigarettes, booze (which I love, thanks), marijuana, crack cocaine. Blahblahblah. 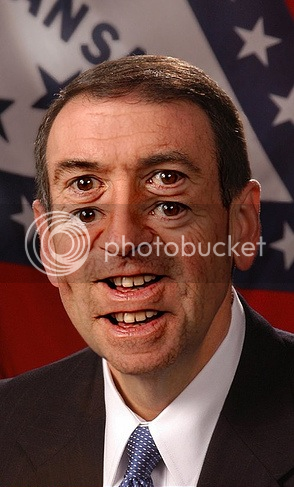 So, anyone have any recommendations for professional job headhunters, particularly relating to management jobs and / or the energy sector? I'm not looking for a temp agency, but an individual or organization that will help spread the net a little further in my search for a permanent, professional position that will actually make use of my experience and education.

(I didn't get six years of project management experience and an MBA to be someone's secretary / "admin assistant" and make what I did 10 years ago as an undergrad...)

I keep going WAAAAAY over on my cell bill, and I guess I could add minutes, but I talk SO FUCKING MUCH (and none of my friends are on AT&T, and they're all on the east coast, so free nights don't do me much good) I find myself wondering whether it might be more economical to go down to whatever the cheapest cell plan is and just get a land line and use calling cards, or something

any tips on doing this? how do long distance and local carriers work? does anyone have a particular favorite PDX phone company? how do I establish new service?

I've never had a land line before! I feel like such a BAAAAABY

If any of you are aware of banks that work with customers to open a checking account when there has been activity on ChexSystems*. I had an exception made for me at the NE location of OnPoint CU, and since moving to the westside (and closing that account a few months ago) the branch near me won't make that exception, even though I'm fine not having a debit card.

Thank you for your help!


*The account with that bank was paid the week after they reported my account to ChexSystems 5 years ago, and after writing them a letter, they declined pulling it off but said it would come off last July - which it didn't, and apparently is not expected to until next September.

Does anyone know what occupied the structure that the Starbucks at Pioneer Square is located in?

Is there a screen printing studio in Portland where I can rent time on the equipment? I have some stuff that I want to screen print but I don't have a good space to do it at my house.

Unrelatedly, I'm also looking for a big scanner (to scan materials which are bigger than 8.5 by 11). Do you know where I could find one, besides maybe Kinko's?

Near Dosche Rd and Beaverton Hillsdale Hwy... Scared the bejeezus out of me! Any ideas? WTF is up?
This is a long shot, but I know there's lots of alt types lurking around here that may know, or have some ideas. I bought a pound of frankincense, but I'm not real keen on burning it on the traditional charcoal discs. I was thinking about just putting a thin piece of steel on top my stove, and heating the tears on it until it smolders. Anyone know other ways to burn the tears without using charcoal?

I missed last weeks (Jan 29th) episode of Nip Tuck and wondered if anyone knows how to download it from the internet or has a copy I can borrow.
hi folks, I have three propositions for you!

first: I bought a 7 day all-zone trimet pass for a guest who changed plans. it expires at the end of the month and I'd like to hand it off to someone who'll use it - I have a monthly pass so it's no good to me. I bought it for $20 and I'm asking $15.

second: no v-day plans? consider getting your groove on for a good cause! bike farm is throwing a shindig at jace gace, where much dancing and drinking will be had. check it out:

third: do you know of any prisoner-rights organizations in portland? I've contacted the partnership for safety and justice/western prison project for volunteering opportunities, but I was hoping to find more organizations. especially more radical (i.e. prison abolition instead of prison reform). I've realized prison work is the direction I want to go in, so any resource suggestions would really help.

thanks, damnportlanders!
and if you must snark, be gentle.

What's up with this wind/rain?

I'm in St. Johns under the flight path for planes that circle over the west hills/forest park and fly land into the airport from the west end. I think I can hear the same plane circling around overhead. Ugh I would hate to be on a plane landing in this....
Collapse