My friend and former co-worker was killed last night in a hit and run accident in Aloha. I'm sure many of you probably saw it on the news. She was part of the opening team of the first Sephora in Portland, and I'm sure many others of you have probably met her and didn't even realize it.

I was her maid of honor in her wedding, and she hadn't even been married a year and a half. She was a shy but sweet girl with a great sense of humor. She was the token quiet one, but always knew all the gossip because she was so easily trusted. We will miss her dearly at Sephora, and have her husband and family in our prayers.

Anyway, I'm just here to plead if anyone has any information about the car that hit her please contact the washington county sheriff's office.

"Your friendly neighborhood worker-owned cafe is BACK with an all vegan food menu, a beautiful space and plenty of new smiling faces!

We'll be reopening at our new space, 400 SE 12th avenue at Oak tomorrow, Friday January 11th with limited hours being 9am-3pm through the weekend, and 9am-9pm the following week and until further notice. Please come and see us!

Can't wait to see you, and many thanks in advance to everyone for their patience as we re-adjust to our new space."

by any chance, would any of you know what it would take for an american to get knee surgery in say... canada? or in central/south america??

i grow impatient with our health system. not to mention, I can't get surgery without paying around 10-30k since I don't have insurance. I just started a job, but my ACL tear is pre-existing, so I may not get accepted (fucking DOUCHEWADS).

any input would be apprciated :) <3
FOUND someone!!!

I have just been given the task of finding a bagpiper to perform in the next hour.  Any leads outside the the usual?

When you find something good, you should tell people, especially when it's a mom-and-pop shop which could go under any time.

Last night, I karma-drove* my way, based on a vague memory, to a hidden gem tucked away on Marine Drive, just as you're headed to the airport. A kebab shack which I can't remember the name of.

I ordered the chicken kebab, which comes with "salad" and rice or naan. What I ended up with was first, a show, as they bring out a loooooooong skewer of beautifully spiced chicken. Into the inside tandoori it goes. Veggies get grilled up next to the oven, and about halfway through the chicken cooking, they spin the naan dough, spread it out on a wet towel, and slap it up against the wall of the oven. Delicious bread comes out like two seconds later!

When it was all done, it got put in a container along with some wonderful wonderful tahini with just a hint of heat, and chopped cucumbers. It was divine and simple, with wonderfully moist chicken and perfect seasonings.

Worth the drive, absolutely.

*karma-driving: having no particular destination in mind when you get behind the wheel.

Portland related b/c it's your turn to post LOLtastic things here.


EDIT
if you guys are wondering who this guy is -- his name is Scott Alexander. Britain's vainest man. He's a self made zillionaire who goes by the name "No.1". Sounds like an Austin Powers villain, doesn't it?
for more amusement and bewilderment you might want to check out his absolutely amazing website which is specifically designed to cater to this "amazing" man's already huge ego
www.scottalexander.tv

and in case you cannot get enough, you can friend him on myspace my contribution to today's lolfest. This is scary-drag-queen from Portland Pride 06.

If it is a day for lollish people: 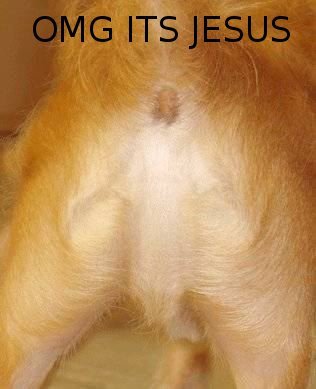 I just got back from a delicious dim sum lunch at Fong Chong (NW 4th and Everett) downtown. It was absolutely delicious. The servers can be a little pushy with the food but you can fend them off. I'm sure all of you downtown workers / dwellers know, but I work in the 'tron and don't get to enjoy such food as often.

I have kind of an off the wall question for you guys.  My grandparents immigrated here from eastern europe shortly after my dad and the other kids were born. My grandmother died a couple of years ago, and the kids are just now going through the things in the house since our uncle just took off.. anyway, he found a book full of pictures, except he said that it looks like everyone is sleeping in the photographs.  He thought it was cool until I told him those people were probably dead in the photographs. Now he won't believe me unless I can provide references to people actually DOING things like that.

It reminded me of a book that Nicole Kidman finds in the movie "The Others".  What are those books called? Does anyone know what I'm talking about?

I'm looking for a restaurant/pub in the Portland or Vancouver area where my partner and I and his 17 year old daughter can hang and watch the Seahawks/Packers game tomorrow afternoon.

i have funnier ones but i have never been able to figure out how to lj-cut and this is the only work-friendly one i could find d:

i'm selling some Vegetarian Shoes brand veggie boots. i don't have any photos, but imagine your typical black Doc Marten's boot, but without the dead cows. they're all brand new. i've got three pairs:

If you have no idea what I'm talking about, you can watch the movie here: Zeitgeist

I'm curious what you think is an appropriate amount of money, or percent of one's income, to spend on clothes. My plan is to spend about 3% of my pretax income on clothes, including shoes, hosiery (ugh), casual and business clothes. (And here in Portland we don't have to dress up like I would have in Texas.)

I'm afraid I spend a lot on clothes, particularly since I have student loans to pay and I no longer earn a paralegal's salary. I'm a librarian and have to dress "professionally" but I don't have to wear suits.