This request isn't actually for me. It's for a great co-worker of mine, Saachi. Saachi is a student at PSU, in a kind of crappy situation. He wound up in a two bedroom apartment with 9 other people. He hates it there, it's way too crowded, and it's gotten uncomfortably over crowded for him. He often sleeps at work, and he's desperately trying to find a place to stay. I really wish he could stay in my house, but we're full to the brim not only with people but dogs as well.


So here is my request: Does anyone in inner SE or SW nearby PSU have additional space in their house they would be willing to rent out?


Saachi is an amazing guy. He's an Indian kid (The country not the arch nemesis of the cowboy) and he's really laid back. He's very respectable, great personality, and definitely has a great sense of humor. He's on campus or at work most of his day, and just wants a room to himself where he can sometimes play video games in his spare time. He never parties, he doesn't smoke pot, and doesn't have any potentially offensive characteristics about himself. He's very tolerant of other people as long as what yo uare doing doesn't overly affect him, and overall he gets my 100% vote of confidence. I'd build him a room in the house were it my deciscion.

So there ya go. If anyone out here needs a room-mate, Saachi is your PERFECT candidate!

I am looking for a photographer to take some family portraits at our house. I am looking for someone who is a professional and has lots of experience. Someone who will come to our home and doesn't cost an arm and two legs(though one arm, one leg wouldn't be too bad).
Suggestions? Websites? Stories? Recommendations?

This isn't a surprise, everyone knows black guys have the biggest caucuses.

I have recently acquired a Swinger sewing machine; unfortunately it's all sticky and doesn’t want to sew. I had my mother take a look and she said, "Yep, you need to take it in." But she didn't really give me anything more, so I need to Oil the thing and get it back to good working condition. At the unfortunate moment, I can spend 25 bucks on it. I'm counting on it costing more. My question is where is a good place to take my new baby in and get her fixed? I found a few places on Dex Online, but I don't know who's who in the sewing machine world and what place is better. Please help. Thanks.

I have a two year old. We live in a studio apartment that for the most part does not allow pets outside of a tiny cage. With dogs out of the question I would like to bring another type of companion into our home life. (And I’ve done fish before… but I’d like something that could be handled rather than looked at behind glass all the time.)

What pets would be ideal and COMPLETELY SAFE (outside of obvious bite/clawing) to be petted by a two year old while I'm handling the animal? I’ve had a small lizard in the past however I know they’re a bacterial hazard to children. What types of medical issues would be affiliated with said pet? (Regular vet maintenance? Shots?) As for cage size I was originally thinking of no bigger than two stacked shoe-boxes... but would go bigger depending on how much bigger we're talking about... and could certainly go vertical to obtain the necessary space if need be too. I have a counter space that I could clear off and dedicate to a bigger cage if need be. What pet would thrive with such an enclosure? I would consider two pets if needed for the animal’s companionship while I’m at work but ideally I would like to start with just one. I want to be well informed in my decision and be a responsible pet owner.Cleaning would not be an issue. I wouldn't want to live in a filthy enviornment and I wouldn't subject a pet to such a life either.

Thanks for your input!

So I notice that Rodrigo y Gabriela, the guitar-strumming duo, are coming back to Portland and are adding a second show at the Crystal Ballroom.  I guess the first sold out already?  It seems like everytime they come here, their shows sell out.  Are they that good live?  I like their album albeit it's their only one and a short one at that.  For anyone who has seen them perform live, how do they stretch out their show so you get your moneys worth?  New songs?  Covers of old ones like "Stairway to Heaven"?  20 minute improvisational guitar solos?  Just curious.

Anyone know the name of the tree/plant that yields these: 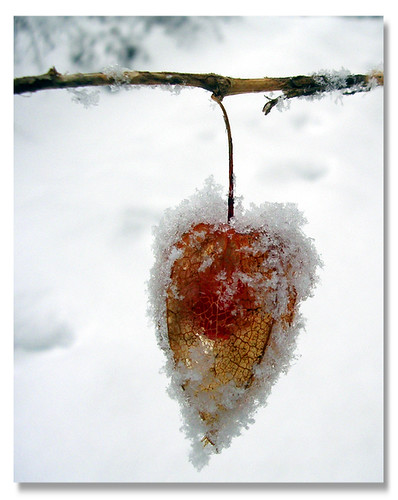 so my father and I are heading into portland/ powells pearl dis. area and want to grab some fantastic ethnic food.  (anything but chinese or japanese) Where would you recommend?  Not high prices and somewhere a 67 year old man can walk to without getting grumpy :) from powells.

Ok DPers I am having a family birthday party on Saturday and needs some game ideas. We love pictionary and charades. What are some games (you can buy) that are along those lines.
Thanks!

these will be the last of this style i will work in, so if you have bought art from me before, or you wish to have something in this style that i will not work within again.. bonus- now all of that are collectors items, and i'm not even dead!

I had a weird dream last night. I woke up and went outside and Portland was deserted, and there were flyers littering the ground. Instead of evacuation or quarantine notices, it was all flyers for the missing dog, Potato. Apparently the stalker guy went person to person asking everyone if they had seen his dog, and if they didn't he killed them.

Now I'm no Mayan, but I have watched enough apocalypse films to know the end of the world when I see it. So watch out, DamnPortlanders, and be sure to get your restraining orders and peep holes soon.

Portland related because Potato is going to be the death of us all!

I'm looking to find this Carhartt sweatshirt somewhere in-town so I can try it on in a size small. Preferably in the dark red color if possible. Any leads?

A mini-documentary I have been creating about the untold stories of the Vernonia flooding event.

so any details yet? I hear that alot of inner SE is without power. Mine went out for a minute then flickered for a while at se 19th. I guess once it comes back there will be a flood of posts about it.

So, for some reason I'm having a really hard time finding a website that's streaming Juno. It's been out for a bit now, it should be all over the internet. Any suggestions? Or, if all else fails, cheapest theatre in town where I could pay to see it?

I was hoping to rent a forest service cabin close to a snow park in the next couple of weeks, but it seems everyone else had the same idea, and so none are available. Oh noes and stuff. Here's the catch -- I'd like to find something close to a snow park where our doggie and we can crash for a night or two, without having to sell a kidney. I'm not terribly picky -- power is nice to have, but not necessary. Woodstoves/heat are nice to have, and probably necessary. I'd like something a little cozier than a snowcave to sleep in... But it doesn't have to be a lot cozier.

Okay then. Spank you in advance.

I'm looking for a coffee shop (and especially one that also sells tea) that is very popular at night.  Where might I find such a thing?
Collapse