Hey, I was treated to the most amazing sunrays coming through the clouds early today (read: yesterday) while I was driving southbound across the Fremont Bridge.
Is there any of you local shutterbugs who might have caught a shot of that wonderful Portland sunbreak?

Talk about buyer's remorse, I recently bought a used truck (purchased in September).   I've realized that I've bit off more than I can chew.  I can't afford the payments, insurance, and enormous gas bill.  I'd rather not go through a foreclosure on an auto loan, and I'm looking for alternatives.

Again, I have pratically no equity on the truck as I bought it in September, and I've only made 1 car payment.

I've heard from a friend that I can go to the dealership that I bought the car from and inform them that I cannot make the car payments and rather than foreclose the loan give it back to them.  Is this correct?  What kind of impact would it be to my credit grade?

So I am still up! I just heard my roommate leave for work.

Check this out: Top 10 Ways to Ruin Your Night

For me personally- I was up late doing homework and now every time I try to sleep, a big gust of wind goes and shakes the whole building. I am from SF, and when I feel like the room is shaking, the earthquake drills from grade school always pop into my head. Duck and cover! This is quite annoying.

I dunno how you guys run your lives but I get up around 7:30 or 8:00 without my alarm clock. If I can sleep until 9:00 my friends'd throw a fuckin party, man. KRS II gets up before me but the rest of my flat-mates wouldn't roll out of bed until 2:00 in the afternoon if they didn't have to.

The odd thing is I know traffic on the interstates is all fucked up by 6:30.

Who by the Hammer of Thor starts work at 6:30?
Where are you going?

So, DP'ers I ask you. What time do you get up, where do you go and how long does it take you to get there?

Peeps, I'm gonna 'cue up a beef brisket this weekend. This will be my second attempt, and the first time, I scored a nice chunk of meat from Costco.

However, I'm not a member there ... and last two times I've gone, they haven't had brisket.

I know a few non-Costco places that have brisket. But I'm looking for personal recommendations before I pick one at random and go.

All suggestions are welcome, although I'd prefer non-vegan sources. Thanks!

So, this year for Thanksgotten, my celebration the day following Thanksgiving, I'm looking to cook an entire salmon.
Last year I went with New Seasons, which was pretty tasty, but very spendy.
Is there a local distribution source where I might be able to buy a whole fish?  I don't mind dealing with the head and tail (though I'd prefer something that'd been gutted).
I guess I'm looking for the equivalent to Gardner's meats, but for fish.

who the hell turned on the hurricane machine??

I'm over here in New Hampshire, being all nostalgic again, listening to The Decemberists music, and then I remembered a place I loved, the smell, the atmosphere everything.
Do any of you remember/know of/go to the little cafe the Star E Rose Cafe? If so what do you think of it (you can say good or bad, I just want opinions)
And if any of you want a now 17 year old roommate (once I save up money) I can keep things clean, as long as everything has a set place/order, and I am good at cleaning up trash/doing dishes (although around here I don't do them often, around other people, like if it were roommates or an at the time partner's family's place, I can clean up and help out very nicely ;P)

with The Winks from Montréal, Canada 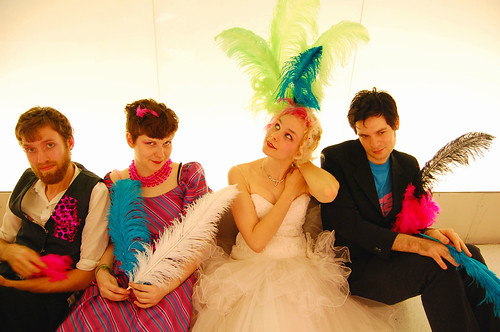 and The Funz (from Scotland)

Ever since I picked up my first-ever Moleskine journal last weekend, I have been feeling creative and poetic. I shall hereby share a Portland haiku.

I just landed a job downtown and was wondering if anyone could recommend some scrumptilicious cafes or foodcarts to check out during lunchtime? I'll be at broadway/salmon!

My uncle is putting on this peace walk, all are welcome, including pets! Hope to see you there, I'll be there with my doggie (he's my avatar)


The first Annual Beings For Peace Walk will be held in downtown Portland, Oregon on November 17th beginning at 2:45pm.  We will gather at the Ira Keller Fountain on SW Clay Street and 3rd Street. We will walk several blocks and return to our starting point to recite the Beings For Peace Creed.


Created by Corbett Monica, BeingsForPeace.com was established in an effort to attract ANY Being interested in recognizing the value of personal transformation towards a more peaceful existence.  Corbett's Beings For Peace Creed is based upon his own personal journey of spiritual development  and embrace his understanding of the synthesis of both Eastern and Western thought forms and mysticism.

Corbett's strong beliefs about "Peace, One Being at a Time," may be best characterized by Gandhi, who said: "My optimism rests on my belief in the infinite possibilities of the individual to develop nonviolence.  The more you develop it in your own being, the more infectious it becomes till it overwhelms your surroundings and by and by might over sweep the world."

where could one purchases Vernors Ginger Ale in Portland?

or do you have suggestions for any other ginger ales that are on the stronger/spicier side? [i.e. golden ginger ale]

does anyone have a monthly carfax account who'd be willing to check on a vin for me? i'll buy my own subscription if i need to, but would like to avoid it since i only need to check on one car.
thanks in advance if anyone can help

So I live in a trailer park that apparently is part fishbowl. This I don't have a problem with, per se.

What I DO have a problem with is twofold. 1. One of my neighbors obviously delights in making shit up about my family. The latest complaint is that I had a party last week and people "from the party were wandering around the park till 4 a.m." Not a noise complaint, but that people were walking around. Further, my party was over by 11. 2. The woman who runs the management company for the park doesn't request proof from whoever this is, just sends us a nasty warning letter or calls and then does not listen to a damn word I say. This time my husband went to the office and she sputtered a bit but finally jotted "not true" on the letter for our file (or something like that). Won't tell us who is making the accusations, throws around how "Oregon law is very specific on this kind of thing" and just is a general bitch.

And I don't call her that just because of these issues, I haven't liked the woman from the first time I met her and she said "fuck" in what should have been a professional setting.

Anyway....being relatively new to Oregon (and loving everything else about it) I was just wondering if anyone here happened to be a property lawyer or whatever and could possibly give me some advice, offlist?

I should probably add that this is not my only venue for answers, I plan on doing some other searching/asking elsewhere as well.

I am cleaning out my closets and have a small pile of hats, scarves, some sweaters, etc, that I'd like to donate somewhere for the winter months. However, I haven't seen any donation barrels at my local grocery store and I don't know of any drop-off points; I haven't even seen any signs on churches or local organizations or... well, anything, really.

I live right off Powell, so I can hop on the 9 pretty easily (depending on how many bags I end up with) to take them somewhere. I have gotten a flier or two for an organization that does a curb pickup, but I'm under the impression that they resell the items, and I want a place that collects such items and gives them out for free to high needs groups.

Does anyone know of such a place and can give me details on how to find them?

And I guess while I'm at it, I'm also looking for an animal shelter in SE that needs volunteers to play with the animals.

I called the Portland Rock Gym. They have four spaces available for this Friday & next Friday, Nov. 16 & 23. On the following Friday, Nov. 30th they have 8 openings (the max).

So, the question is WHO'S IN???? And which day would you prefer?

Again, the cost is $20 / per person and it's from 6pm - 9pm. Pre-registration is required and you would need to reserve your own spot on the phone using a credit card.

( Collapse )
...The Oregon Theatre? Yes, I know they show Adult (or maybe "adult") something or other...but is it movies, or videos, or booths, or what? Or is it a big theatre with one screen? Oh, and how gross is it? I realize that's like asking how bad a piece of poo smells ("on a scale of one to ten, how bad does the shit smell?"), but is it laden with trenchcoaty perverts, with a sticky floor, or what? How's the popcorn?
I'm serious. Really. I drive by it every day, and just want to know.

i'm really not certain that i'm going to get an answer from this,
but i figure it's worth a try.