I was watching for half an hour, and barely noticed that the moon was getting shadowed, because my vision was getting blurry.
Now it is time to go outside and watch some more...the moon enters totality in about half an hour.

My neighbor and I just got harassed by a group of youngsters while out shooting the eclipse.

Apparently not smoking and therefore not having a lighter for a fifteen-year-old boy to light up his marijuana pipe is "messing with [him] in [his] hood."

Oh, you know, 'cause I don't live here or anything, WTF?

Seriously, you live in Portland, OR-RE-GON.


Maybe he is lost or some kind of displaced hoodlum. Either way, he is violating curfew.

The Girl (oh, she's going to love that) wants to go camping this weekend, and I'm leery of the Labor Day crowds. I've only gone camping a few times around here and don't know the sweet spots. Can anyone recommend a camp site that's not packed with people?

Where can I buy lye crystals? I'm looking to make soap in the next few weeks and I hear Red Devil (the readily-available brand soap makers everywhere swore by) has either gone out of business or otherwise vanished off the face of the earth. If you know where to buy pomace grade olive oil in mass quantities, that would be helpful too. Anyone who helps can have a bar in 4-6 weeks. Or sooner if you like that really tingly feeling in the shower.

Also, you can keep your Fight Club jokes to yourself... or not.

Gods, you people are quiet today. Supwiddat? Where is

rarebit with some random observation about rainbows or ketchup? Where is

synthcat with his praises of delectable edibles and libations? Where is

yourdannybear with a youtube link or a gripe about ... um, whatever? Where's that pompous knowitall

littlebluedog? Where's the Reverend with some scathing personal insults?

Stop enjoying the weather and come inside to post!

Meetup is today! It starts at 7pm and it's being held at the East Bank Saloon on SE Grand (see here)! There will undoubtedly be booze, DP celebrities, nametags, and possibly condoms as well. (I know we left a few in one of those napkin baskets last time...*cough*)

Have a blast, everyone. ♥

For all of you out there that find yourself without a sports team to drink to, or a beach to shiver on, or a kite to fly?
Well, we've got just the thing!!

Come hang out with your neighborly LJers and some other friendly locals at our lovely new house this Sunday (the 2nd of September) instead of sitting home in front of the idiot box, etc. :)

Don't forget to bring along a dish to pass, loves.
Or, if you've been hiding a delicious, simply-must-try-it recipe for a cool, summery beverage, come represent!
We've got a nice backyard that has recently been tested and sanctioned for Ultimate Croquet by the expert himself. Furthermore, we have quite the arsenal of other games (board, card, etc.) with which to fill our gorgeous afternoon. Hell, we even have a stunt kite!

So, come one, come all. Getcher geek on with your fellow fun-lovin' commies :) 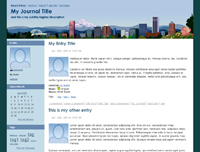 Lately, I've been procrastinating a lot.

Kind of like a diet partner, or a quit-smoking partner, except we'll be "taking care of business" partners.

What I envision is that we'll get together, at one of our houses or a coffeeshop, and we'll explain to eachother what we're trying to do in the upcoming season. Then we'll draw up detailed, concrete plans about how to accomplish this and make Xerox copies so we both have a copy of eachother's plan.

Then, we can talk on the phone, daily or a few times a week, and check in as to how we're both making progress.


* dogs are OK - wooof
* Location: Vancouver
* it's ok to contact this poster with services or other commercial interests

EDIT: I FOUND the ad, did not write it. Funny thing was that the ad was in the regular housing board, not the Adult board.
There wouldn't happen to be a bathhouse for women out there, like Steam Portland... but without the guys? 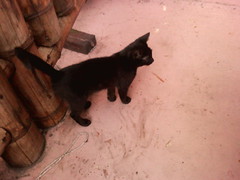 Got to the meet-up late. But, met a few folks and had a decent time.

The best comment of the night by far is from a story that another DPer was telling about her kid who went to a Catholic mass for the first time recently. Upon seeing the altar boys in their robes the five-year old boy asks, "Are they going to do kung foo?!?" ;-)

- - - edit: Oh, I forgot to add that apparently the little boy at mass for the first time also said something like this, "Wow, there are pictures of that guy all over the place. He must be famous!" *heee* =)


That had me rolling and has got to be the best, "kids say the darndest things" comment that I have ever heard. ;-)

dstroy could tell the story far better than I. I hope that she doesn't mind me sharing that with y'all. =)

Another highlight of the evening was watching Moe hump the railing while trying to get us to guess which Duran Duran music video he was imitating. Apparently there was a pillow fight involved in the original scene. ;-)

- - - What other highlights were there for the meet-up, fellow DPers??? What did we miss by getting there late??? =)

really, this image is long overdue for being macronized lol-cat style....