I'm going to name my next pet "Matt Zaffino"

I just drove up to the store in Beaverton, and it was a little difficult to manage even in a 4wd. I couldn't believe that there were kids out waiting for the school bus. Cars are crawling up Canyon Rd, and there is about 2 inches of snow on the roads. If I had a child going to Beaverton Public Schools, there would be no way I'd send them out right now. What happened to the good old days when even a dusting of snow caused at least a two hour delay? I hope the district is getting a lot of angry calls.
*Prays PSU closes*

Were any of you at the Bagdad watching Stranger Than Fiction on Sunday?

If so...were the free movie tickets good for any movie or just the Ralph Nader thing?

(EDIT: Now that I've been awake longer than 20 minutes, my brain is telling me I didn't watch the news last night. There was some Back To The Future marathon on AMC. So the question now becomes: which DPer are we going to sacrifice? There should have been at LEAST 15 snow posts last night. THE GODS DEMANDED A SACRIFICE!!!!) :)


So I don't remember hearing anything about OMGWTFSNOWBBQUNICEF!!! on my late local news last night. Granted, I usually only half-listen, but most of the time it'll be the lead, or they'll have everyone and their mother pre-positioned outside at roadways, the Trimet garage, and DOT HQs repoting on how people are getting ready. Plus, when the weatherperson says "snow" my ears perk up, and everyone makes a post here on DP. So was I just not paying THAT much attention, or did this surprise everyone?


(BTW: All Portland and Vancouver schools are closed, according to KGW.)

via pdxinfo.net, which is going down like a cheap whore:

I roll out of my bed this morning, look out the window and I see THIS:

Don't believe me? Come and see for yourself...I live on Mt. Tabor
Trust me, I still can't believe my own eyes..

My roommate and I (and perhaps the other roommate as well if she can afford it) are in need of martial arts classes. We are not really looking to become the next Chuck Norris, just wanting a place to go one day a week, work off some stress, improve balance, and so on. We don't have much of a need for defense, more of an activity. I prefer joint/mass manipulation arts to things like striking or acrobatic arts, and Krav Maga would be really great (but that's usually very expensive).

With that in mind, does anyone know of some nice cheap martial arts places in downtown? Doooowwwwnnnn Tooowwwnnnnn, and not "outer Vancouver?" 1 day per week, gender-neutral (roommates are female, I am male), cheap, casual and after office hours.

I am sorry you are snowed in. I really feel for you. My day is going to be spent driving from our hotel room in Palm Springs (!) over to Joshua Tree and Twenty-Nine Palms. I would MUCH rather be home right now slogging through the slush with all of you than here in the sunny warmth with the lovely and talented

circe_magnifica.
Anyway, the point of this post was not to rub your noses in the sand, it was to ask, did you have a nickname for your grandparents when you were young(er)? I have heard many different nicknames such as Gamma, Gemma, Papa, Gigi, Gramps, Gangy (Arrested Development), Nana, Grammy, etc, so-on and so-forth.
What did you call your grandparents?

A snow advisory is posted for the Greater Portland-Vancouver metropolitan area until 1pm for a wintery mix of snow, sleet or freezing rain.

A Pacific front is moving cold air locked in the valley. This will create anywhere from a trace to two inches of snow at all elevations here. The front will be east of the area by 2pm with only scattered rain showers forecasted for much of the afternoon.

Expect some patches of ice this morning in spots especially west of the city... so drive carefully!

For those peeps who live near OHSU, as well as those who need to Run To The Hills Today....here's a chance to risk riding on the Portland Aerial Tram today. I just received this communique from work e-mail:

A reminder - parking is extremely limited at South Waterfront, therefore, the Portland Streetcar is the recommend form of public transportation to/from the lower terminal to other points in the city.

Limited use of the Tram (individuals with an OHSU ID badge only) will resume Wednesday, Jan. 17.

Yes, I'm at work today. My bicycle commute from inner SE Portland to my downtown office only took me 3 minutes longer than usual. It helps to have fat tires, less moving traffic to compete with, and 13 years of experience living in Alaska learning how to get around in this kind of weather conditions. :o

All you car haters, move along.

WTF.
Snow's pretty thoroughly done up here in NE. I did find a stereo in the snow on my morning walk, though.

Still snowing on the west side? Ready for the omgfreezingrain posts in an hour or two?

trimet.org says nothing (last updated at 11:02), but i am hearing rumors of dead max trains, blocking the way (at pioneer square).

its my FIRST snow day in Stump-town... To my lovely Portlanders...what do you do on a day like this? Apparently i cannot drive the highways because ODOT just said "Required to have chain on the Portland Highways..." and myself dont own any chains.

abrichar sent me this link to home video of icy collisions in Portland, this morning.

A friend of mine is thinking about moving to the Oregon/Washington area and he is worry about work. He would like to find a job in the "Graphic and Illustration" department. In case of that not working out, his last job was "web programing and user interface engineering."

Does any one know how hard would it be for him to find a job? Places that he could go and search (specially online)? Do you know a place that is hiring?

Thanks a million in advance.

You may return to play with the OMGWTFSNOW!!11!!BBQ now.
I gave up driving to work and just turned around, not because of the snow - but because of the insanity of people not knowing how to drive on anything but dry pavement. On the way back home, I stopped at a Fred Meyer store to get some washer fluid - since I am out of the stuff.

Anyhow, I stop in the Freddys to get the purple stuff for my wipers - as I'll be going skiing for sure - and you would think it is the END OF THE WORLD!!

People are buying ALL THE BREAD AND ALL THE MILK THEY CAN CARRY.

It is 4 inches of snow. WHAT THE HELL IS BREAD AND MILK GOING TO DO FOR YOU?

Seriously, there was no Milk left... I looked, I couldn't believe the 3 or 4 gallons at a time people were buying. The bread isle looked like a bomb went off.

so i ask you Damnportlanders ---- WTF IS UP WITH THAT? Is there some sort of HippyGreen powered form of Heat generation for your home that runs on Bread and Milk?

I know there were some people on this list looking into outdoors/tracking type events, so I am posting this here. Hope it is informative for someone. This is more about sustainable living, but it looks interesting. I went to a lecture of his last year and he is an amazing speaker, very inspiring.
....................................

Jon Young international expert in Mentoring and Naturalist Training, shares the original solution for connecting our children and ourselves to the natural world. Together we learn to develop cultures for long term sustainability that lasts 7Generations into the future.

Other classes and events - Jon Young and Sustainability

No worries, on PBS kids Curious George is also snowed in.

Solidarity.
I just saw a beer Truck drive by... being escorted by a city truck with plow!!!

By the time I got to my camera it was gone... (heading S on 39th toward Safeway)

Anyhow, rest assured - there will be no Beer shortage in town.

At least PDX does know to use the plows for the important things :-)

All of these OMGI'MFREEZING posts have got me thinking about summer. I'll be spending my summer in a western-facing, unairconditioned, third floor apartment in Eastern Washington. Therefore, I am in need of a portable air conditioner, and I thought that now would be an optimum time to buy one, price-wise.

So, does anyone have any tips/experiences/favorites, etc, before I start hunting?


Also, did anyone watch Anthony Bourdain last night? I'm kinda curious about the pizza place he featured (the one he was at with all the tattooed cooks). I thought the Shanghai tour was interesting, too...my fiance refuses to believe that the stories of the Shanghai tunnels are true, and I'm kinda interested in putting an end to his skepticism by either proving or refuting the tunnel story!

Anybody know of any good hills in the SW Portland, Beaverton area that we can sled down?

C'mon people. Show me some snowmen!!! 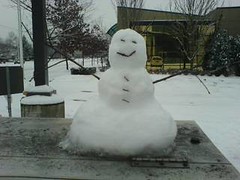 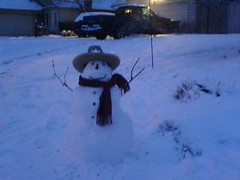 The 10th Avenue liquor store is open for another 40 minutes...

Just saw a message from a friend that Vancouver schools are closed Wednesday. Here's the link:
http://flashalert.net/news.html?id=393 that I got from here: http://www.vansd.org/

Wow, you guys make a big deal about snow. I am looking forward to moving to a place where a little snow is a BIG DEAL. I'm happy to hear it snows there, because I hate to give up snow altogether, but damn, I'm sick of it. I have to play Mad Max with the snow plows/front end loaders/graders here at Providence Alaska Med Center; it's a wonder I get any work done.
And isn't it cool how everyone in Portland gets to excited? Here, no one worries if it drops a foot in a couple hours. I'm so sick of shoveling I could die. You guys enjoy the snow, be careful out there.

i am currently on a huge hat-making binge, and i have lost my 4inch circular knitting needles!!

i have checked joans, micheals, and a few other craft stores, but nowhere seems to sell circular knitting needles that short.

any suggestions?... i am looking for a circular set that will hold about 6-8 stitches, stretched out, the ones i used to have was about 4-5 inches long, from tip to tip.

PLUS i want the circular kind, so i can put it into my pocket easily, and dont have many things to drop.

doublepointed are not an option :3

Looks like a lot of schools, including PPS, are preemptively closing for tomorrow.

The list clears itself automatically at 8 PM, so in case your school/business/etc isn't listed, keep checking back.

what slides nicely down a hill of packed snow? the giant hill that my apartments are built on is begging me to sled down it. problem is, i'm without a sled. i've seen the kids using cookie sheets and plastic bin lids. any suggestions? i must sled! cookies sheets aren't big enough for this butt.

Maybe I didn't see this talked about through all the snow posts
BUT
Did Anthony Bourdain do PDX justice?
I liked it but that is just me.


*edit: I work for one of the depts. that makes the decsision, that is how i know =) Just saving myself 100's of phone calls more this evening!

No School at PCC tomorrow! yay!!

i just got done doing my homework and now i feel lame. but at least i don't have to struggle with tire chains in the morning

tegan & sara are in portland right now, recording their next album. i wanna know where they are. want to help?