Well. I'm in need of a straight razor. But I've not a bloody clue as to where to find on in town.

So all mighty Damned Portlanders... where does a guy like me find a straight razor in a town like this?

I want to get my niece a sock monkey and all I can find are the pink or blue Paul Frank ones. Has anyone seen just regular sock monkeys that look like this?: ( Collapse )

on scholl's ferry road, heading west, about 1/2 mile before hall, there is a house on the right hand side.  a big, 2-story house.  and on the roof, in super giant size letters it says:

is it wrong that i want to bake them a cake?

last year, prior to moving here, my wife and I were shopping downtown and bought roasted chestnuts from a vendor set up in the pioneer square (not the mall, but the square).

if you've never tried them (we hadn't), they're incredibley tasty.

we've been downtown a few times in the past couple of weeks but haven't seen the chestnut guy.

there is currently a small crafts fair going on in the square, and one of the vendors is selling toffee nuts, but the tone of her reply when we asked whether she knew anything about chestnut guy suggested that several people have asked her the same question.

she told us she didn't know anything about him.

has anyone in here seen him set-up this season anywhere?

those things are severely addictive.

I'm in search of a couple of dart sets for a dartboard. Short of stealing a set from the local bar - anyone have any ideas? Preferably downtownish (SW/NW) since I've no car and even less time. Thanks a bunch!

(rant)
This article on KATU.com about kids 'pharming' by taking several bottles of Dramamine at a time...

SHUT UP! Who cares. Okay, so stupid little Jimmy is sucking down bottles of pills to get high. Let him. If he dies, let's laugh at how stupid he is.
What's next? Oh nos! Aerosols are still getting kids high (whippets), let's ban ALL whip cream and Glade cans!!
Then what? When will it stop?

Any thing, Any where, Any way at Any time can be hazardous to your health. I would wrap myself in bubblewrap before I left the house if I could still drive my car. I mean, shit.. thanks for protecting me against these kids "pharming" to get high. Let natural selection do it's job. Six billion people on the planet, these idiot children are the ones serving as an example.
(/rant)

Does anyone know of an easy way I can tell which credit unions I'm eligible to join? Google's not especially helpful and I'd like to avoid crawling through all the 48 credit unions listed on Dex.

I know that they're not as stringent as they used to be, but there are still limitations, right?

www.livejournal.com has all the information

So, my family is coming to visit Portland for the first time since I moved here, and my younger brother is coming along too. I'm just wondering if any of you DPers have suggestions for places to go that you'd recommend for a 16 year old boy hanging out with his sister.

I hope you have suggestions for some place that would keep the pointed exhaling and eyerolling to a minimum.

(EDIT: Imagine), in 50 words or less an extremely painful situation.

which ethiopian restaurant within a few miles of downtown offers the best value for money?

Where do all the transmigrating souls in Portland hang? I'm talking about the 2500 and up folks. I tried all the usual places. The Masonic Halls-- just a bunch of Shriners wanking each other off. I walk up to the underground portals, thinking I spy some friendly and embalmed face and it's just a crusty with profound facial modification. "Sorry, I thought you were this scaly motherfucker I used to know."

And, please. I'm not talking about vampires; they think they're somehow superior. Besides, they won't even look at you if all your blood has already been drained. Zombies, let's face it, are undead trash. Goths and satanists frontin' their hermetic shite, also boring. Just good folk, living outside the accepted norms of survival. Egyptian futurist weird utopia in perpetuity and orgone, Amen Ra. 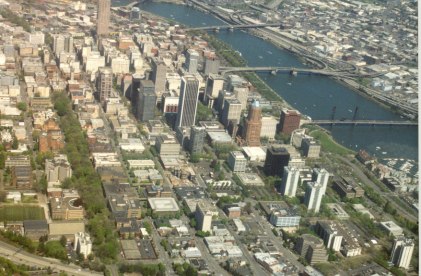 I found the above picture somewhere,I am just curious as to when it was taken?...it has a 'certain'70's feel to it,I am just wondering of anyone on here can 'time'it for me!

I'm selling Wings of Illusion by John Schumaker(hardcopy) for $15 and The Demon Haunted World by Carl Sagan for $10. Both still in great condition, few pencil marks inside. They were used at PSU in John Olmsted's Paranormal psy 410 class, I believe he'll be using them for Winter term as well.

Last week I posted a question about cheap Santa suits. The winning answer was Walgreen's, where I got a cheap-ass suit for $9.99. I already wore it last weekend in Seattle.

So that's one less excuse for missing out on Portland Santacon this Saturday.

I need some help. It's getting kinda late on a non-weekend and I want to take my girlfriend out to food since she's about to push the scrabble dagger into my heart to put me out of my scrabble misery.

The place I was going to take her to closed at 9pm.

And fast food = lame. Good jukebox = awesome (but not needed). Lower prices = good. Also <21 is a must, as we are youngings.

I was thinking The Roxy but we've gone there like 4 times in the past two weeks. Same with the Hotcake House.

Any other suggestions? Area in portland doesnt matter as we've got wheels.